Best universities in the Northeast of the United States 2022

The Northeast of the United States is a little corner of the country that packs a big punch in higher education. It is where you will find the Ivy League, a selection of eight universities known for their academic excellence and strong research output.

One Ivy League member is Harvard University, located in the state of Massachusetts. Harvard has topped the Times Higher Education Reputation Ranking for 10 years running, based on the opinions of academics from around the world.

However, the region is not just about the Ivy League. In the Northeast, you’ll also find prestigious specialist universities such as the Massachusetts Institute of Technology and an abundance of high-ranking liberal arts colleges such as Wellesley College and Amherst College.

Each state in the area has a huge amount to offer students, whether you want the hustle and bustle of New York, the mountains of Vermont or the community feel of Rhode Island.

Check out the best universities in the Northeast of the United States, based on data collected for the THE/WSJ US College Ranking 2022.

Maine is well known for its rocky coastline and mountainous landscape, as well as for its seafood, in particular lobsters and clams.

It is also home to a number of liberal arts colleges including Bowdoin College and Bates College.

There is so much to say about New York, but never enough space to say it all. There is something new to see on every corner, a new cuisine to try every night and a new area to explore every weekend.

New York state is home to an impressive number of high-ranking universities. Two Ivy League Institutions can be found in the state: Columbia University and Cornell University.

If you want to study in the heart of New York City, New York University might be the institution for you. It is one of the biggest higher education institutions in the US, and the campus is formed of more than 20 colleges and schools in five different locations around New York, such as Lower Manhattan and Downtown Brooklyn.

There are also a number of liberal arts and specialist universities in the state, among them Vassar College, Rochester Institute of Technology and Albany College of Pharmacy and Health Sciences.

With almost 80 higher education institutions to be found in the state, there is bound to be one that suits you.

The most prestigious higher education institution located in New Jersey is Princeton University. It is one of the oldest universities in the US and is one of the world’s most research intensive. It has connections to more than 40 Nobel laureates, 17 winners of the National Medal of Science and five recipients of the National Humanities Medal.

Rutgers, the State University of New Jersey has a number of campuses across the state, and the university prides itself on its cutting-edge research. It is classified as a research-intensive university by the Carnegie Foundation.

But there are many more institutions to choose from, including Drew University, Rider University and Rowan University.

Vermont is well known for its skiing resorts and is also the leading producer of maple syrup in the United States. It’s a good state to head to if you are a student who likes the outdoors.

Middlebury College is a private liberal arts college in Middlebury, Vermont. It was the first institution of higher education to grant a bachelor’s degree to an African American student, Alexander Twilight.

Massachusetts is home to arguably one of the most prestigious and well-known universities in the world: Harvard University. Harvard has one of the strongest reputations in the higher education sector and is renowned worldwide for its high-quality teaching and high-achieving alumni.

A very near neighbour of Harvard’s is the Massachusetts Institute of Technology, also known as MIT. MIT’s impressive group of alumni includes 85 Nobel laureates, 58 National Medal of Science winners, 29 National Medal of Technology and Innovation winners and 45 MacArthur Fellows (recipients of which are often referred to as “genius grants”).

Massachusetts has possibly one of the highest concentrations of high-ranking universities, such as Amherst College, Tufts University, Boston University, Brandeis University and Wellesley College.

Rhode Island’s official nickname is the “Ocean State”, a reference to the large bays that surround the state.

Also part of the Ivy League, Brown University is the highest-ranked university in the state of Rhode Island. Its picturesque campus is made up of 230 buildings over 150 acres in downtown Providence. It is also close to the lively areas of the city where students can go to eat, shop and visit entertainment venues.

Following Brown is the Rhode Island School of Design, a specialist arts and design institution. It shares many of its facilities with Brown University, offering joint courses and social events for students.

The state of Connecticut was influential in the development of the federal government in the United States, and more about this can be discovered in museums around the state.

One of the most prestigious universities in the country, Yale University, is located in the state of Connecticut. Yale is regularly in the top 10 in the World University Rankings and boasts an incredible alumni list including five US presidents, 19 US Supreme Court Justices, 20 living billionaires, 61 Nobel laureates and 78 MacArthur Fellows.

A number of high-achieving actors, authors, composers, photographers and sports personalities have also attended the university.

Other institutions in the state include liberal arts college Wesleyan University, the University of Connecticut, and Trinity College.

There aren’t as many universities to choose from in New Hampshire as there are in some of the other states in the Northeast, but there is a variety in the universities, which include the Catholic college Saint Anselm College, liberal arts college the University of New Hampshire, and Franklin Pierce University.

Pennsylvania is one of the 13 original founding states, and the state is rich in historical sites and collections that will appeal to the curious student.

The top-ranking institution in Pennsylvania is the University of Pennsylvania. The university is noted for being the first to have a number of facilities including the first students’ union, the first double-decker college football stadium and the world’s first collegiate business school – The Wharton School.

Pennsylvania has a huge range of institutions to choose from, which cater for a variety of a number of different things to students.

These include Carnegie Mellon University, Swarthmore College, Bryn Mawr College, and the University of Pittsburgh system. 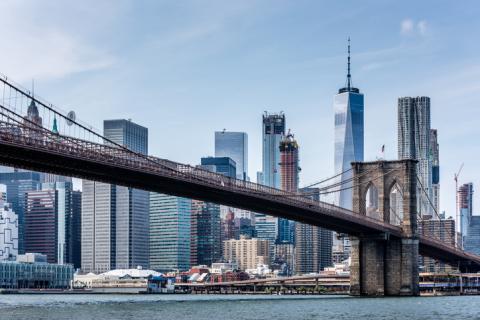