New York, New York, the state that never sleeps. What better place to spend your student years? Four years won’t be nearly enough time to exhaust all there is to see and do in New York but if you’re up to the challenge, it’s definitely worth a try.

Just exploring the museums is an education in itself, from the Metropolitan Museum of Art to the Guggenheim. Each of the  neighbourhoods has its own individual character and you’re bound to find your favourite spot.

Choosing a university in New York can be a daunting task, so we've collected the best universities in the state based on the Wall Street Journal/Times Higher Education US College Rankings 2022 to help you decide.

The campus contains hiking trails for students to explore. Nearby Ithaca has a reputation for being a favourite with foodies.

One of the university’s traditions is the annual Dragon Day parade in late March. Architecture students parade a giant dragon across the campus where it is pitted against a phoenix created by students from the rival College of Engineering.

The university has a number of locations in New York City, including Weill Cornell Graduate School of Medical Science in Upper Manhattan.

Located in Upper Manhattan, Columbia University is the fifth oldest university in the country and the oldest in New York State. The university was founded in 1754 as King’s College. Post-revolution, the institution was renamed Columbia College and in 1896 became Columbia University to reflect the collection of colleges that had been brought together, including Barnard College for women in 1891.

Joseph Pulitzer founded Columbia’s prestigious School of Journalism in 1912. In the 1930s, Columbia School of Law produced two Supreme Court Chief Justices, Charles Evans Hughes and Harlan Fiske Stone. The Columbia University campus on Morningside Heights has been home to the university since 1897. The architect Charles Follen McKim was inspired by the classical architecture of ancient Greece. Columbia University Medical Centre has its own 20-acre campus in Washington Heights, two miles further north.

Among the top institutions in New York City is New York University, located in the heart of Manhattan. Washington Square Park is the epicentre of New York University activity with many of the university’s halls and academic buildings nearby. Departments are located across the river in downtown Brooklyn.

Founded by the statesman Albert Gallatin in 1831, the university was established to serve students from all walks of life. Today, New York University is among the top universities in the US in terms of academic rankings. It is also one of the largest private universities in the country with more than 44,000 students, and is a member of the prestigious Association of American Universities.

One of the university's annual traditions is the Strawberry Festival, a chance for students to celebrate the end of exams and enjoy a slice of the longest strawberry cheesecake in New York City. 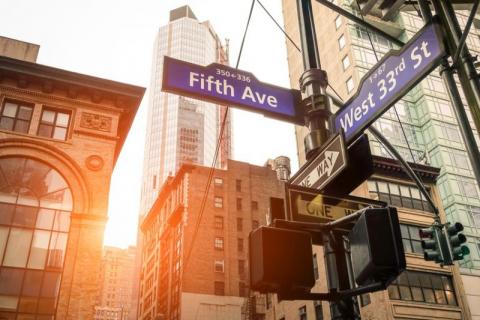