Best universities in the United States 2022

Thinking about studying in the US can be overwhelming because there are so many options. Which US university is the best? Where are the top universities in the United States?

We thought you might like to know the top universities in the US based on the highly respected Times Higher Education World University Rankings 2022.

There are 183 US universities and colleges among the world’s best, so wherever you want to study in the US, a top university will not be far away. Almost all states and about 130 cities are represented in the best US universities list.

The universities ranking at the very top of the table are concentrated in these popular destinations, which are well known for their higher education opportunities; the top four are based in California and Massachusetts.

It’s important to note that we also produce a separate US College Rankings in partnership with the Wall Street Journal that is designed specifically with students in mind. At the heart of the US College Rankings is a student survey, taken by more than 170,000 students across the US and capturing the things that are most important to prospective students, such as teaching quality, learning environment, resources, diversity on campus and whether a student would recommend their institution.

You can see the full US College Rankings here, or scroll all the way down to the bottom of the article see the top 10.

- Princeton University is one of the oldest universities in the US.
- It is part of the prestigious group of Ivy League universities.

As well as high-quality teaching and research output, the university is well-known for its beautiful campus, with some buildings designed by some of America’s most well-known architects.

Notable alumni who have won a Nobel prize include the physicists Richard Feynman and Robert Hofstadter and chemists Richard Smalley and Edwin McMillan.

The 10 most beautiful universities in the US

MIT cultivates a strong entrepreneurial culture, which has seen many alumni found notable companies such as Intel and Dropbox.

Unusually, the undergraduate and postgraduate programmes at MIT are not wholly separate; many courses can be taken at either level.

The undergraduate programme is one of the country’s most selective, admitting only 8 per cent of applicants. Engineering and computer science programmes are the most popular among undergraduates.

- Many faculty members, students and alumni have founded successful technology companies and start-ups, including Google, Snapchat and Hewlett-Packard.
- Of the 16,000 students – most of whom live on campus – 22 per cent are international.

Based in Palo Alto, right beside Silicon Valley, Stanford University has had a prominent role in encouraging the region’s tech industry to develop.

The university is often referred to as “the Farm” because the campus was built on the site of the Stanford family’s Palo Alto stock farm. The campus covers 8,180 acres (3,300 hectares), but more than half of the land is not yet developed.

With its distinctive sand-coloured, red-roofed buildings, Stanford’s campus is thought to be one of the most beautiful in the world. It contains a number of sculpture gardens and art museums, as well as a public meditation centre.

As might be expected from one of the best universities in the world, Stanford is highly competitive. The admission rate stands at just over 5 per cent.

Video: how I got into Stanford University as a low-income international student

- Founded in 1636, Harvard University is the oldest higher education institution in the US.
- About 21,000 students are enrolled, a quarter of whom are international.

Harvard University is probably the best known university in the world, topping the Times Higher Education reputation rankings most years.

Although tuition is expensive, Harvard’s financial endowment allows for plenty of financial aid for students.

The Harvard Library system is made up of 79 libraries and counts as the largest academic library in the world.

Unlike some other universities at the top of the list, Harvard is at least equally reputed for arts and humanities as it is for science and technology, if not more so.

Vlogging a day at Harvard University

- Across the six faculties at CalTech, there is a focus on science and engineering.
-  CalTech has an impressive number of successful graduates and affiliates, including 39 Nobel laureates, six Turing Award winners and four Fields Medallists

There are about 2,200 students at CalTech, and the primary campus in Pasadena, near Los Angeles, covers 124 acres (about 50 hectares). Almost all undergraduates live on campus.

In addition to Nobel laureates and top researchers, the CalTech graduate community includes a number of politicians and public advisers, particularly in the areas of science, technology and energy.

All first-year students belong to one of four houses as part of the university’s alternative model to fraternities and sororities. A number of house traditions and events are associated with each house.

Caltech: ‘uniquely difficult but a wonderful place to study’

Top universities in the United States 2022 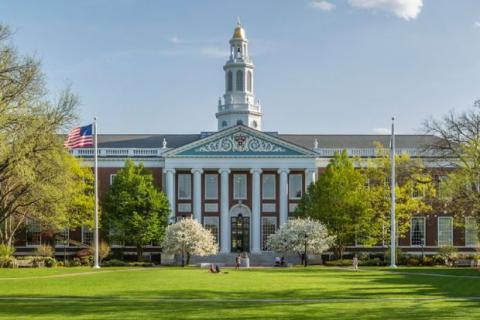