The cost of studying at a university in the United States

How much does it cost to study in America? If you are interested in studying in the United States, one of the most important things you need to consider is how much everything is going to cost. This essential guide breaks down the cost of every aspect of university life to make sure you have everything covered.

Note that the prices and exchange rates are correct at the time of publication and may vary from those shown here.

The US is one of the world’s most popular destinations for higher education – and also one of the most expensive. Although the initial pricing may cause a sharp intake of breath, it is worth exploring all avenues of funding and financial aid before ruling the country out.

On-campus accommodation is typically in dormitories, with two or three people per room. Residents share bathrooms, toilets and showers.

On-campus dormitory rooms in the US averaged between $5,304 and $8,161 (£6,500 to £10,000) including all utilities and housing-related costs. The lowest prices will be found at the two-year public colleges, and the highest at the private non-profit four-year institutions.

There are specific calculators for totting up accommodation and tuition fee estimations on each university website.

Another compulsory cost to consider is the student visa to study in the US. The F1 visa, which is the most common visa for students costs $510 (£416). The application can be a long process and is best started about three-five months before the semester begins.

Studying in the US

Utilities may or may not be included in the price of rented accommodation but electricity is about $50-100 (£40-81) per month and heating is $50-100 per month. Water, sewerage and rubbish collection contributions are paid by the landlord, but if that responsibility lies with the tenant this will amount to $50-75 every three months.

Weekly groceries in the US cost between $20 and $70 per person (£16-57), depending on diet – the price of fresh fruit and vegetables varies considerably throughout the country. Some meals are included with the price of university accommodation (many prices will be room and board – which includes some meals or meal plan cards).

Student experience in the US

Brits in America: why the liberal arts works for indecisiveness
Brits in America: a day in the life of a Harvard student
A day at a US graduation ceremony: what to expect
Women in STEM: stories from MIT students

The cost of studying in the US can seem extortionate but it’s important to look at the difference between the “sticker” price (what is advertised on university websites) and what students actually pay, once all sources of funding have been considered. It's good to remember that approximately 85 per cent of full-time undergraduate students at four-year public universities and 89 per cent at private non-profit universities benefited from some type of financial aid. More often than not, the most prestigious universities in the US, with the highest “sticker” prices, give students the widest range of funding opportunities. For example, some 91 per cent of students at the Massachusetts Institute of Technology receive financial aid.

Financial aid comes in many formats: scholarships, grants, assistantships and work-study schemes. Some of these might be possible only for US citizens but there are many financial aid opportunities for international students too. For example, the University of Pennsylvania includes students from Canada and Mexico in its needs-blind financial policy, meaning the institution will ensure that admitted students from these countries are given any and all the financial support they need to fund their studies.

Several high-ranking universities in the US operate a “needs-blind” admission policy, meaning the financial background of potential students is disregarded during the admission process and the university promises to financially support students so every successful applicant can attend.

There are also a few well-known government-funded US scholarship programmes for international students, for example, the Fulbright Foreign Student Program and the Hubert Humphrey Fellowship Program.

A student ID is all that is required to obtain 10-50 per cent discounts on clothing, cinema tickets, museum entry, Greyhound coach travel and Airbnb stays. 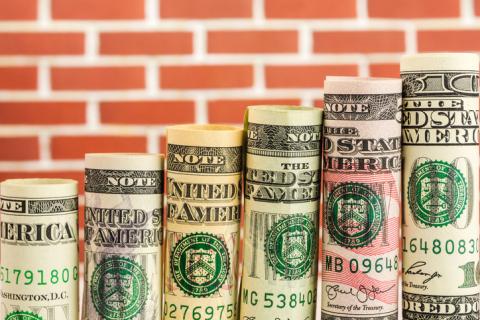 This guide outlines the cost of fees, accommodation, lifestyle and financial assistance options if you are planning to study in the US