Top 10 liberal arts colleges in the US

Choosing a college in the United States is no easy decision, not least because there are so many types of universities, colleges and schools.

Liberal arts colleges were once a unique feature of American higher education, but the model has spread to other countries around the world.

At liberal arts colleges there is an emphasis on undergraduate study that includes a wide range of subjects, from science to humanities.

In addition to the interdisciplinary curriculum, the best liberal arts colleges tend to have smaller student populations than other institutions. Class sizes are often small and academic staff tend to focus more on teaching than research, compared with other colleges.

Liberal arts schools are private, not-for-profit colleges and generally charge the same tuition fees for in-state and out-of-state students, unlike public universities. At the top end, annual tuition for an undergraduate degree at a liberal arts college is just under $50,000.

The ranking is designed to answer the questions that matter the most to students and their families. While previously we have used results from the US Student Survey for the ranking, we were unable to conduct a survey in 2020 and 2021 because of the coronavirus pandemic. Instead, we have used data from the 2019 survey to inform this year’s ranking. The full methodology can be found here.

-Despite only having about 2,400 undergraduate students, Wellesley College is home to more than 150 student clubs and organisations.
-The alumni network includes politician Hillary Rodham Clinton and journalist Diane Sawyer.

The women-only college offers more than 1,000 courses and also allows students to take courses at other world-leading institutions, including the Massachusetts Institute of Technology and Brandeis University.

-Swarthmore College in Pennsylvania was one of the first co-educational colleges in the US, founded in 1864.
-Alongside the liberal arts curriculum, undergraduates can enrol on an engineering track.

Despite the rural setting, the city of Philadelphia is only 25 minutes away by train.

-California-based Pomona College offers 48 majors for undergraduates across the arts, humanities, social sciences and natural sciences.
-The small student body of about 1,640 undergraduates is diverse, with 60 countries represented.

Many students take advantage of research and work opportunities in the area, including the geographical diversity around California, and the wealth of work experience in nearby Los Angeles.

-The small academic community at Williams College in Massachusetts is close-knit, consisting of about 2,000 undergraduate students.
-An undergraduate degree in the liberal arts takes four years to complete, covering humanities, sciences and social sciences.

The college was established in 1793 and in some departments the teaching is modelled on the tutorial system at the universities of Oxford and Cambridge in the UK, where students are taught one-to-one or in small groups.

-Undergraduates at Amherst College study a completely open curriculum without any core modules or restrictions on the subjects or courses to be taken in certain years.
-Amherst is highly selective and located in Massachusetts, which often encourages rivalry with Williams College, which is second in the liberal arts ranking.

Classes are extremely small to provide interaction with teachers. About 90 per cent of all courses have fewer than 30 students enrolled. 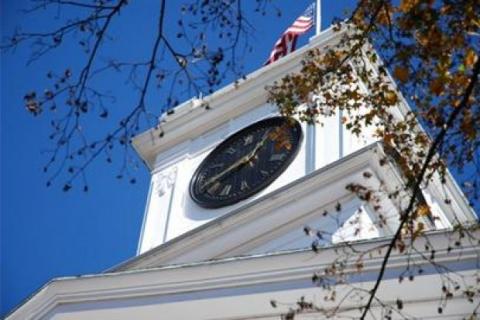