What can you do with a geology degree?

Geology is the science that studies the Earth’s physical structure and substances, the history of rocks, the processes that act on them and the most economic way to use the world’s resources. Geology involves methods and knowledge from biology, chemistry, physics and mathematics.

As a geology student, you will learn about a range of topics such as the origins and development of landscapes, earthquakes, volcanoes, sustainability, glaciers, water composition and processes, floods, groundwater flow, the interaction between humans and the planet, and dinosaur evolution.

Unlike many scientists, geologists work outdoors a lot as well as in the laboratory. Depending on their interests and projects, they might travel regularly around the world.

You will develop skills crucial in all the sciences and transferable to other fields such as problem-solving, observation, data collection, analysis, interpretation, and oral and written presentation. You will likely be expected to work both individually and as part of a team.

Courses are likely to include general modules such as quantitative science, introduction to earth sciences, chemistry of the earth, mathematical and geophysical tools, palaeontology and sedimentary rocks, mathematics for materials and earth sciences, computing, data analysis, communication skills and global climate change.

Some more specific modules may focus on (but are not limited to): the structure and composition of other planets, geological engineering, tectonic processes, the evolution of sedimentary basins, energy resources, earth and environmental consultancy, environmental radioactivity and nuclear power, natural disasters, renewable energy and the global carbon cycle. There are many other modules that may be included in a geology course and it is always worth checking out what individual universities offer.

Some courses will involve field trips. On top of that, you may be required to carry out an independent project ranging from several weeks to a year.

What should I study to do a geology degree?

In order to do geology at university, it is useful to study physics, chemistry, biology, geography or geology beforehand. However, requirements vary.

What do people who study geology go on to do?

It is common for geologists to undertake further study or independent research.

If you decide to change career path, the skills that you learn in your degree will still be useful. For instance, communication skills, project management, quantitative reasoning and digital skills will allow you to move into many other areas such as research, civil engineering, laboratory work, finance, government consultancies and journalism.

Charles Darwin, the English naturalist, is perhaps one of the most famous examples of people who studied geology.

Other well-known figures who studied geology include Marie Tharp, the American geologist and oceanographic cartographer, who created the first scientific map of the ocean floor with fellow geologists Bruce Heezen and Vladimir Abazarov. The Samotlor oilfield, one of the world’s largest oilfields, was discovered by Abazarov. 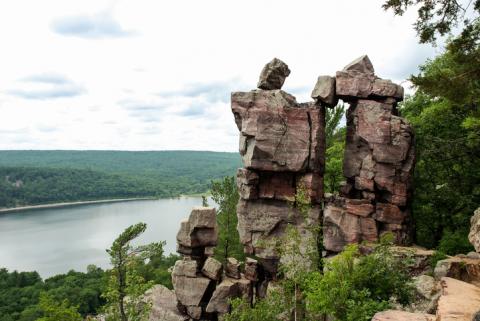 An essential guide to what you will learn during a geology degree, what you should study to get your place on a course, and what jobs you could get once you graduate