What can you do with a geography degree?

What jobs can you get with a geography degree?

Geography graduates have developed skills in mathematics and analytics as they study the Earth’s physical characteristics. Many graduates pursue careers in politics, business and education.

Some common careers for geography graduates include:

Geography is the study of the world we live in, its environments, landscapes and natural disasters, and the relationship between people and environments.

One of the most wide-ranging degree subjects, geography is a mix of social and physical sciences, combining study of the planet’s physical properties with a focus on societies and how they interact.

Many universities offer both human and physical geography programmes, while a number of institutions give students the option to pursue a combined course. However, there is almost always scope to specialise after the end of the first or second year of study.

What do you learn in a geography degree?

Modules may include topics on rivers, sustainability, environmental modelling, the physical environment, the politics of climate change, the making of the modern city, political geography and geopolitics, economic geography, coastal and estuarine environments, environmental hazards and energy resources.

Geography degrees often include field trips, with institutions offering fieldwork in a range of different countries to immerse students in local environments so they can apply knowledge learned in class. Trips may also enhance independent research and group skills. Many units are based on assessments carried out as part of a field trip, while lots of universities have links with overseas institutions in order to widen the range of potential fieldwork destinations.

The study of geography hones observational and analytical skills, the ability to take in vast quantities of information and also think critically, and the capacity to understand continuity and change in a range of contexts based on a broad knowledge base.

What should I study to do a geography degree?

While geography departments may well accept someone who hasn’t studied geography before, prospective students are generally encouraged to study the subject at school and college. Certain BSc degrees will also ask for a maths or science qualification.

Other subjects that geography students have typically taken prior to beginning university include English literature, history, and various modern and classical languages.

However, there is no rule and entry requirements tend to depend on the type of geography course.

Physical geography programmes are more likely to demand a science-based qualification than human geography courses, which are generally more concerned with the social sciences such as politics and economics. Although some degrees such as population geography mix human geography with quantitative analysis methods and offer a bachelor of science degree.

Subjects that may overlap with a geography degree course, such as travel and tourism, are not necessarily the best option, and prospective students are generally encouraged not to focus too narrowly.

It is also healthy to take an interest in the environment, the outdoors, politics and the world around you.

What do people who study geography go on to do?

Geography students graduate with a combination of transferrable skills including problem-solving and critical thinking.

Nearly one-fifth of geography graduates find work in business, finance and human resources, and more than ten per cent go into marketing, public relations and sales.

Slightly more are employed in clerical work, while more and more are going into education, engineering and building.

Anna Rees graduated with a degree in geography from Cardiff University in 2021 and now works as a marketing executive at Loud Llama.

“I gained a lot of transferable skills from my degree, including writing press releases, communicating with the press, researching and, of course, writing,” she says.

“Human geography is such a broad discipline, and I’ve been able to use my knowledge across these topics to help manage client accounts in varying industries. I think my degree was great at giving me an expansive knowledge to apply for a range of jobs, rather than limiting me to one specialism.”

Graduates with degrees which include quantitative training are also particularly sought after among the social sciences or in policy research, development, poverty and climate change.

Theresa May, former UK prime minister, and the Duke of Cambridge are just two famous figures who have studied geography. Others include Immanuel Kant, the philosopher; Alexander von Humboldt, the naturalist and explorer; Hugh Dennis, the comedian; and television presenter Chris Tarrant.

Anita Roddick, the founder of the Body Shop, and David Harvey, the geographer and anthropologist, also hold degrees in the subject. 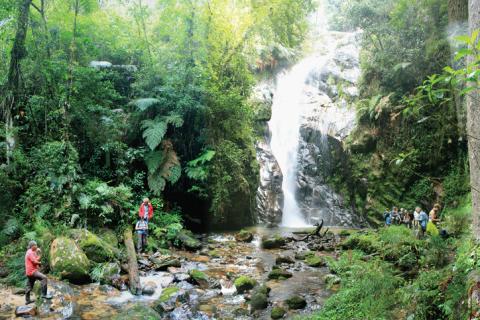