What can you do with an economics degree?

What can you do with an economics degree?

Throughout your economics degree, you will learn to communicate, handle complex data, problem solve, analytical skills and how to use specialised software programmes all within set time frames. These skills will allow you to explore career paths in finance, statistics, data and business.

Some of those career paths for economics graduates include:

As a social science it is primarily concerned with the behaviour and relationships of people and societies and economics is applied to the real world to study and analyse the activities and interaction between people, markets and governments.

Although there are various subdivisions of economics, the two main areas of study are microeconomics and macroeconomics.

Economics is a relatively modern discipline and Adam Smith is widely regarded as the father of modern economics having developed the idea of classical economics (or liberal economics) in the 18th century.

It has grown considerably as a field and now incorporates a number of other subjects, including sociology, geography, law and several others to develop our collective understanding of the economic systems that exist today.

What might you find on an economics degree course?

Most economics degrees last for three or four years and are primarily taught through lectures and seminars. The content of an economics degree course is hugely dependent on whether a student opts for a BSc or a BA course. BSc economics courses use mathematics and statistical theory applied to economic theory and they are designed for students who want to take advantage of a background in mathematics to further their understanding of the world today.

On the other hand, BA economics students will not be required to use as much mathematics, as they use more qualitative methods.

For joint honours degrees, a BSc economics degree is more likely to be combined with a science-based subject such as mathematics, while a BA economics course could be combined with various subjects including languages, politics and psychology.

Often both courses will begin with the same fundamental economics syllabus, before diverging later on in the course as students specialise in a particular branch of economics. Both are also based around empirical research and developing an understanding of economic theory, meaning that analysing issues and dealing with numbers are central to both courses.

What should I study to do an economics degree?

Economics is a real-world discipline so courses like history and politics may help a prospective economics student develop an understanding of the world, including the systems that govern it and the events that helped to shape it.

It is worth considering which branches of economics are of interest or where you see your career taking you because this may make deciding what subjects to study easier. If working abroad is of interest then perhaps studying a language would be a good choice, or maybe management if that could help your future career prospects.

What do economics graduates go on to do?

The skills developed through studying economics are incredibly versatile and can be employed in a wide range of industries – by the time the course ends an economics graduate will be comfortable with dealing with numbers as well as experience in using innovative techniques to overcome problems.

They will have developed an analytical mind alongside a strong economic awareness of the world, skills which can be transferred to numerous industries. A lot of professionals in banking and accountancy hold economics degrees. For any career related to finance, an economics degree is a good foundation to build on.

Roles in data analysis such as an actuary, or an investment analyst, are typical careers for an economics graduate.

For those who want a job directly related to economics, further study is recommended. Fortunately, there are an array of master’s and PhD opportunities and these courses give students a chance to specialise further and conduct detailed research in areas of interest. An economics graduate will have some unique and highly sought after skills and in most cases, employment prospects are good.

Starting a business at university
Brits in America: extracurriculars should not overtake academics, even at Harvard
Tackling climate change on a global scale
Nobel laureates offer their advice to young economists

Related content
Women in STEM: juggling a PhD, a business and motherhood
What is the difference between an MBA and a specialised master’s in business?
The benefits of setting up a business as a student
Section
Subjects
Subjects
Economics & Econometrics
Featured image
Image 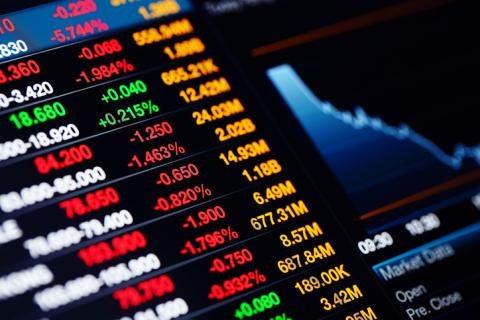 What you will study on an economics degree course, and what jobs will be available after you graduate