What can you do with a chemical engineering degree?

What is chemical engineering?

Chemical engineering can be defined as the supervision and design of chemical reactions on an industrial scale, for the purposes of energy production or human development in general.

To excel in this field one must manage complex projects in a wide range of fields such as mathematics, biochemistry and economics proving both business acumen and scientific nous.

A key area in which chemical engineering is important is in the energy sector and the utilisation and refining of resources such as oil and gas in generating electricity or powering engines.

Chemical engineering will also be important in the global shift towards renewable resources such as solar and hydroelectric, requiring innovation and development to ensure these sources can meet our energy needs.

Chemical engineering is also used in processes such as the creation of pharmaceuticals and food manufacturing. While the Romans were using chemical reactions to create quantities of cement as early as 300BC, the modern discipline came to prominence in the 20th century.

What might you find on a chemical engineering degree?

Universities across the world offer a three year modular bachelor’s of engineering programme, or a four year master’s qualification. A first year will often focus on transferable skills, such as those in information technology and the basic concepts of chemical and energy engineering such as distillation and membrane technology.

Study may also focus on academic ideals of energy and transport, focusing on equations relating to objects on a scale from atoms to oil tankers. Courses will be rapidly evolving, ensuring that a student is kept informed of the latest developments in the shifting energy and manufacturing sectors.

Working on large projects as part of a team will also be part of a course, and laboratory research in areas such as catalysis and unit operations can also feature. Degree programmes can often feature a sandwich year in industry, where students can experience a paid entry level position in the field, and also establishing a professional network to utilise upon graduation.

In many courses, undergraduate and graduate master’s degrees will be similar for the first two years, before the graduate course diverges into more specialist study. Graduate courses will be a chance for a student to focus on an area and can be combined with other areas of expertise, for instance nuclear engineering.

What should I study to do a chemical engineering degree?

Essential to any university study is an educational grounding in chemistry, and universities will usually require a student to have a proficient level of understanding before acceptance onto a course. As well as chemistry, traditional sciences such as biology, in which a student can learn about digestion and the impact of food manufacturing services, and physics, which can touch on the formulas of nuclear power, are also highly important.

Not be overlooked is any opportunity to study courses in business and economics, as the feasibility and execution of projects in chemical engineering will invariably come with cost analysis and management responsibilities.

In an education system in which one chooses a major after beginning a university course, a business minor can be an ideal accompaniment. In a globalised industry, written English language skills can be crucial, and languages such as Mandarin or Arabic can also be highly valued by both employers and higher learning institutions.

Given the confluence of business and science, mathematics is also an important subject for a student to learn.

What do people go on to do?

The industrial sector of chemical engineering is rapidly expanding, and as well as its traditional outlets it offers graduates careers opportunities in fields such as nanotechnology and biotechnical engineering.

Chemical engineers will find jobs directly related to their profession in the energy sector. An energy engineer will be involved in the development of existing processes and the creation of new avenues for enhancing energy usage and extraction, and is closely related to professions such as a nuclear or petroleum engineer.

A degree course in chemical engineering will teach a student many transferable skills, which can be adopted to a wide variety of sectors. Business and leadership are an important part of a chemical engineering degree, and these can be used to forge a career in manufacturing, textiles, or even retail management.

Quality assurance is based on both the maintenance basic standards and motioning a system that can consistently continue a high standard of output, which can be ideal for a graduate who is able to appreciate the functions of a large business.

Also applicable is skills in information technology, and the potential for a graduate to pursue a career in this field also, for instance as a software engineer. The combination of business and chemistry is used in the pharmaceutical sector, in the development and patenting of healthcare drugs.

Women in STEM: the benefits of studying abroad
Falling in love with studying in Paris

Koch Industries is a multinational corporation with sectors in manufacturing and investments; founder Fred Koch has a degree in chemical engineering practice from the Massachusetts Institute of Technology (MIT), and his sons David and Charles have chemical engineering degrees from the same institution. 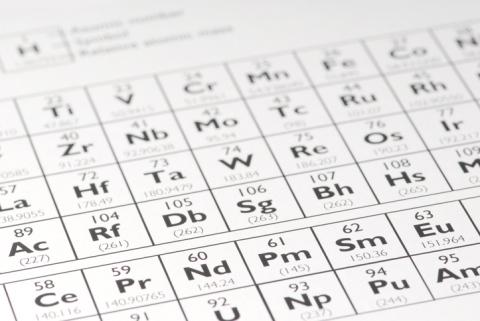