What can you do with a chemistry degree?

Chemistry is, in the simplest terms, the science of substances and how they change. It is the exploration of the qualities of atoms, some of the most basic building blocks of all matter, and how those atoms join together to form new kinds of matter, called compounds. Everything in the universe, from the gas in a distant nebula to the tips of your fingers, is a mixture of atoms of different elements.

When atoms join to form compounds they can take on astonishingly different properties, like the way poisonous chlorine gas reacts with sodium to form ordinary salt. Atoms can also react to each other with bursts of energy that can harm us, or can be harnessed for our benefit. The role of chemists is to understand the properties of atoms, the forces between them, and how they react to other elements. Chemists have changed the world with numerous groundbreaking discoveries.

The computer you’re reading this sentence on would not exist without the invention of plastic, the result of mixing substances to form new compounds. The medicines created through biochemistry have revolutionised human life, doubling our life spans and erasing many horrific diseases from existence. Chemistry shows us that knowledge of the smallest particles gives us enormous power.

Best universities for physics, chemistry and mathematics in the world

Best universities for physics, chemistry and mathematics in Canada

What do you learn in a chemistry degree?

A chemistry degree will likely start with core modules setting out basics, such as the distinctions between organic and inorganic matter, the physical forces that govern atoms, and how scientists can predict an element’s behaviour based on its atomic makeup. Students grapple with modern theories like quantum mechanics, which seek to explain the behaviour of matter. Some courses also include background information on the history and philosophy of science. Chemistry is a highly practical degree, with significant teaching time spent in the lab perfecting techniques and performing experiments.

As students gain experience in the lab, they are offered the opportunity to perform open-ended experiments, trying out different solutions to chemistry problems posed to them. To do this, students master a variety of analytical techniques. Spectroscopy, the analysis of matter’s interaction with radiation, is one of the most important techniques taught, and features prominently in many degrees. As students advance, they may choose to take modules in specialist topics such as pharmacology, chemical engineering, electrochemistry or nanotechnology.

There may be options that allow students to specialise in a certain field that they find particularly interesting, whether biochemistry, medicine, environmental chemistry or sustainability. Some courses also include options like industrial management, in which students can learn about the applications of chemistry in industry from a business perspective.

What should I study if I want to study chemistry?

It’s also essential to have a strong grounding in maths. Chemistry students need to learn and use complicated equations when carrying out experiments, so most universities require applicants to study mathematics up to the start of university. On top of chemistry and maths, some universities also favour a second science subject. The overlap of biology and physics with chemistry makes them useful subjects to be familiar with when studying chemistry.

What do people who study chemistry do after graduation?

Chemistry graduates are in demand from companies carrying out scientific research. Depending on which topics they specialised in during their course, students might find a career working for pharmaceutical or metallurgical companies, or providing analysis for commercial laboratories. The criminal justice system needs chemistry graduates to work as forensic scientists, providing evidence for the courts using state-of-the-art techniques. Outside of the lab there are many opportunities for chemists.

Graduates can become consultants in fields like the environment and sustainability, offering insights into how organisations should adhere to environmental regulations. A chemistry degree also gives graduates the scientific insight to become a patent attorney, with further study into intellectual property law. Many chemistry graduates opt for a career in teaching at school or university level, and others continue to study for an MSc or PhD.

A day in the life of a student in Japan
The study experience at Tohoku University
Women in STEM: the benefits of studying abroad

Famous chemistry students include Marie Curie, the pioneering scientist behind the theory of radioactivity and first female winner of the Nobel Prize. The Nobel Prize itself is named after a chemist, Alfred Nobel. During his lifetime, Nobel was infamous as the inventor of dynamite. He faced criticism from the media for creating such a destructive substance. In order to improve his legacy, he left the vast majority of his fortune to establish the famous prizes in his name, which recognise achievements that contribute to mankind’s wellbeing.

Pope Francis also studied to be a chemist and worked as a technician before finding faith and joining a seminary. 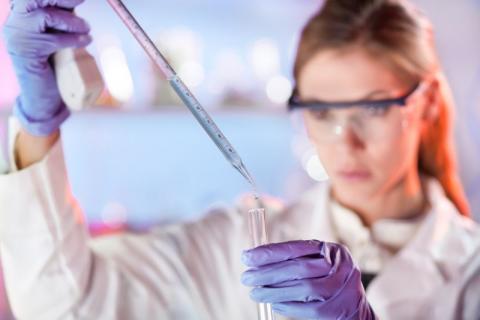 Why study a chemistry degree? Our essential guide to what you will learn on a chemistry course, what you should study to get your place on a degree, and what jobs you can get once you graduate