What can you do with a physics degree?

In its essence, physics is a study of the mechanics and fundamental constituents of the universe, of matter and energy, which ranges from the fundamental particles inside atoms to the theory of alternate worlds.

You’d be hard-pressed to find a subject that has seen greater development since the beginning of the 20th Century. Pivotal moments range from Einstein developing the theory of relativity in 1905 to scientists at CERN tentatively confirming the existence of the Higgs Boson in 2013. Developments in the field are closely linked to work in computer science, engineering and mathematics.

Those looking to study physics will need an inquisitive mind, a natural aptitude for mathematics and a keen eye for detail. The days of Einstein the patent clerk scribbling theorems have been replaced by a computerised world, thanks in no small part to the developments of physics, and the technological literacy that is another key attribute of a modern physicist.

What do you learn on a physics degree?

Physics can be a difficult subject to master, and the first year of an undergraduate course can be an especially steep learning curve.

For this reason students will usually have extensive examinations in the first year to confirm that they have learned the concepts being taught, for example, the mechanics of particles, as well as partnered practical work in fields such as computing or general physics.

To support this workload, students will often have a high number of contact hours with professors.

In later years more specialisms will become available for students, in courses such as astrophysics and theoretical physics.

Undergraduate courses are typically three years for BSc and four years for a MSc, though this can vary dependent on work placements or a student’s participation in a study abroad programme.

What should I study if I want to study physics?

Good grades in physics will be a good thing to have under your belt when applying for a university course in the subject.

While this is essential, knowledge of mathematics is equally as important, and prospective students should not overlook the increasingly intertwined roles the two fields play in an undergraduate degree compared to school studies.

High marks in other science subjects such as chemistry and biology will also be looked upon favourably by university admissions tutors.

Women in STEM: improving diversity in physics
The appeal of a ‘village atmosphere’ on campus
A year abroad at university in Switzerland

What do people who study physics do after graduation?

Many physics graduates take up positions as research fellows in areas ranging from aeronautics to solar physics.

An undergraduate course in physics can be a first step in a long yet rewarding journey for students who want to combine learning and research up to a PhD level and beyond.

Physics degrees can also offer the opportunity to gain skills applicable to other subjects and the wider world. A large proportion of physics graduates transfer their technical understanding to information technology and software firms, in roles such as a web developer. There is also the chance to work in the rapidly evolving fields such as robotics and nanotechnology.

One of the most famous physicists in 20th century history is J. Robert Oppenheimer, who studied at Harvard University and went on to have a key role in the creation of nuclear weapons.

English theoretical physicist Stephen Hawking studied at both Oxford and Cambridge and is known as one of the greatest physicists of  the 20th Century.

Some celebrities with physics degrees include Queen guitarist Brian May and comedian Dara Ó Brian. 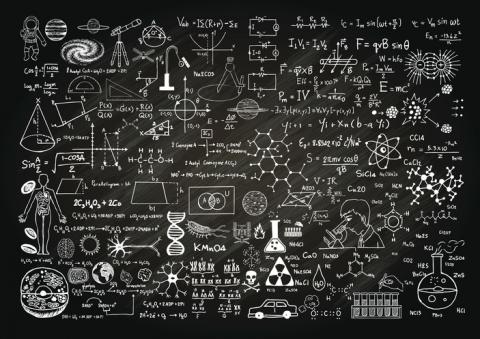 Why study a physics degree? Our essential guide to what you will learn on a physics course, what you should study to get your place on a degree, and what jobs you can get once you graduate