What can you do with an aerospace engineering degree?

What is aerospace engineering?

Aerospace engineers may have a choice between the research and development, testing or maintenance side of the profession. They are often tasked with calculating project costs and timescales, writing manuals and upgrading and developing new technologies.

They are now also likely to learn how to use computer-aided design software for plans. Experienced aerospace engineers may investigate air crashes and the malfunctioning of parts.

Students of aerospace engineering apply concepts which can encompass maths, science and technology to the creation of aircraft and accompanying equipment. Specialisms include aerodynamics, avionics, propulsion and systems integration.

What might you find on an aerospace engineering degree?

Aerospace engineering degree courses usually last between three and five years depending on the type of qualification. The shortest accredited degree tends to be the three-year BEng in aerospace engineering, although this is now less common than longer programmes which incorporate a master’s and/or year abroad or in industry.

The aerospace engineering MEng provides a broad understanding of the subject and the aerospace industry, preparing graduates for work in a vast range of organisations. There is scope to specialise after completing the first two years of the programme.

Where they are offered, placement years normally take place in the third year of the course. Aerospace engineering departments enjoy direct links with companies such as Rolls-Royce, Boeing, Intel, Caterpillar and QinetiQ, giving students on sandwich courses a range of placements to choose from in multiple continents. Many universities also run PhD programmes in the subject.

What should I study to do an aerospace engineering degree?

Candidates are expected to have studied maths and physics to obtain a place on most aerospace engineering courses given the important part that both disciplines play in the field. Some institutions accept chemistry in place of physics, but as a general rule, applicants will find physics and maths a safer combination to apply to aerospace degree courses with.

Prior study of biology, design technology, IT, further maths, statistics or electronics may boost admission prospects to a lesser degree.

What do people go on to do?

Aerospace engineering is one of the fastest-growing industries. Improving green and fuel-efficient technologies have contributed to a steady rise in recent years in a whole host of countries. This is set to continue given the expected impact of emerging technologies in fuelling demand for aerospace engineers. It is therefore little surprise that many aerospace engineering graduates remain in the industry, working as aircraft manufacturers for civil and military companies across the globe.

Many graduates find work as a mechanical engineer, and nearly as many find employment in design and development. Most engineering graduates hold engineering and building jobs, including those who go on to work in maintenance, automotive and electrical engineering.

Outside aerospace engineering, graduates frequently go on to work in IT, business and quality control. Many choose to work in the wider aviation industry, be it sales, ground crew or air traffic control.

Several astronauts are among the many famous people who studied aerospace engineering at university, including Neil Armstrong, the first man on the moon, Kalpana Chawla, the first Indian-born woman in space and one of the seven astronauts tragically killed in the Space Shuttle Columbia disaster in 2003, and Kevin A. Ford, a United States Air Force colonel who went on to work for NASA.

A. P. J. Abdul Kalam, once president of India and previously a scientist and engineer, Cheick Modibo Diarra, a former prime minister of Mali, and Alan Beckwith, the television and film actor, also took the subject at university. 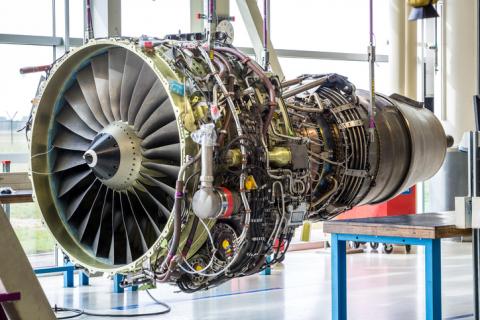