Most haunted universities in the world

However, this Halloween we’ve decided to put together a list of universities that might help you to decide which universities not to attend. These are the universities haunted by horrors that took place on their campuses in the past and continue to be haunted by ghosts, spirits, eerie sounds and inexplicable smells to this day.

During the Nazi era, many professors from Heidelberg University were sent to concentration camps, and it has been claimed that within their old classrooms the chalkboards erase themselves and are often covered in mysterious words.

Many women were also bought to the university’s medical centre to be sterilised, as part of the Nazi eugenics movement, and to this day students claim that they can still hear women crying and screaming.

There are also claims that the smell of burning continues to linger in the air at the site where banned books were burnt before the start of the Second World War.

University campuses that are located on the sites of past battles are fertile ground for ghost stories. Gettysburg College, the site of the Battle of Gettysburg during the American Civil War is one example.

There have been sightings of armed sentinels crossing the campus and of the “blue boy”, a little boy whose face is entirely blue. The basement is also thought to be haunted by bloodstained Civil War doctors.

The gothic buildings and gloomy Scottish weather at the University of St Andrews are the perfect backdrop for a ghost story.

St Andrews is said to be inhabited by a number of characters including phantom monks, ghostly women, a piper and a ghost ship. In fact, the university is said to be so full of spiritual beings, it is considered one of the most haunted places in Scotland. One of the most well-known ghosts is The White Lady, who was believed to have been one of the ladies-in-waiting of Mary, Queen of Scots. She died of grief when her lover was beheaded and now spends her days and nights inside a tower in the wall of a ruined abbey.

Books have been written about the ghosts that have taken residence at the Scottish university and a tour of the haunted sites in St Andrews is available for those who want to learn more.

4. University of Northern Colorado, US

The University of Northern Colorado is so keen to make students aware of its ghostly residents that a whole page on the university’s website is dedicated to them.

The page states that there is “a ghost story for every building”. While many of the back-stories of these ghosts are quite horrifying, there is also the tale of Stoney Ghosty, the spirit of a student who died from drug use, whose presence is characterised by the smell of marijuana. Not quite as scary as some.

However, the ghost of a shy and awkward student from the past, affectionately named Edith, has a rather more harrowing back story. Edith was incessantly bullied by her peers and one day was found hanging in the attic, a place she often used to go to hide away and play with marbles. Some students have reported hearing the noise of marbles rolling across the floor and she is thought to hang around two dormitories (Wiebking and Wilson) in particular.

The spirits of people who were hit by the atomic bomb released by the US on 9 August 1945 are said to inhabit the campus of Nagasaki University.

The university’s medical college was only a few hundred metres away from the bomb and was hit heavily, killing up to 800 members of staff and students. There are regular sightings of ghostly figures, as well as the sounds of people crying and screaming and the smell of burning flesh in the air.

A woman with long braided hair and no face haunts a road that runs alongside the Chinese University of Hong Kong and preys on young men who are walking alone.

Legend has it that she is the spirit of a young woman who had her face ripped off when she jumped from a moving train. There is a train station at the end of the road, so perhaps there is some truth to this story?

UCL is haunted by a young girl called Emma Louise, who appears if you say her name three times. She is said to have been killed in a tunnel that connects the modern UCL building, which is now used for student accommodation, to the older Cruciform building.

A group of students once decided to say her name three times and said that they heard a young girl’s laughter and found the words “help me”, “die” and “murder” written on the wall. 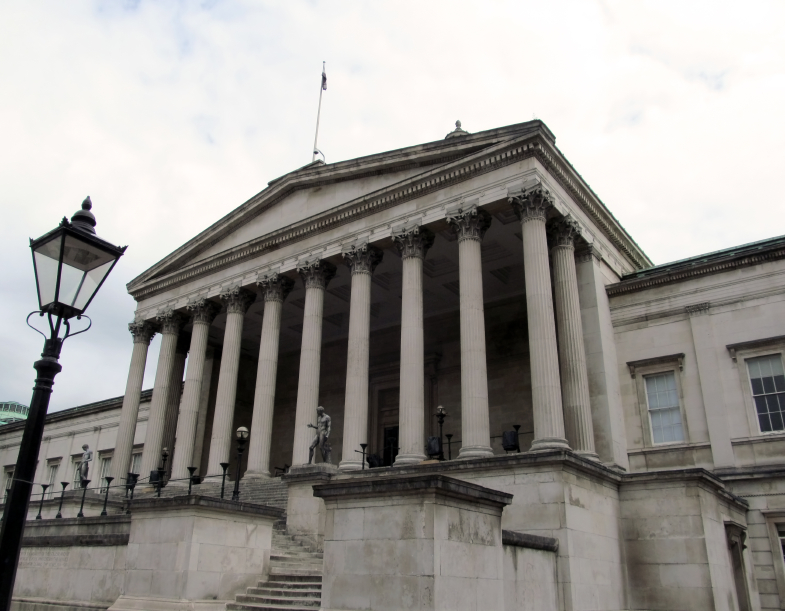 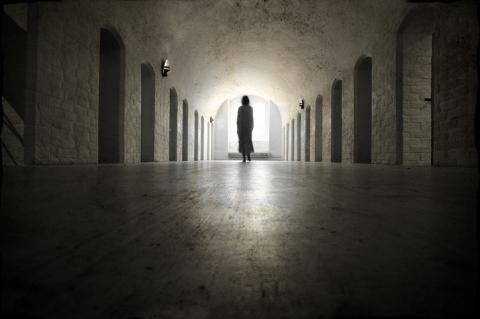 Historic hauntings, bloodthirsty screams, the smell of burning human flesh...are you brave enough to visit some of these haunted universities?