Below, we chronicle the struggles we faced in transitioning and adapting to the Canadian higher education environment.

We also highlight the differences in higher education between India and Canada, and provide some solutions that can be used by students, as well as Canadian universities, to ensure that the transitions between the two countries and education systems are successful.

Many institutions provide resources to help international students transition from one education system to the other.

However, culture shock – which highlights the potential of a disoriented disposition for international students owing to the differences between the two cultures – often manifests in subtle ways that can be overlooked by the universities, such as with regards to student-professor relationships and peer relations.

The informality and friendliness of the interaction between students and teachers might seem strange to students from India, as it did to both of us. In India, owing to the age-old concept of the teacher as guru (master/teacher) students are expected to display a great degree of respect towards the teacher.

Moreover, the colonial hangover in education in India places an obligation on students to refer to their teachers as “sir” and “madam”.

Addressing the supervisors and other faculty members by their first names felt quite awkward in the beginning, but we gradually understood that the Canadian professors were treating us as equals and colleagues. Informal interactions with professors over dinners and other social events were particularly helpful in this regard.

Scholarships in Canada for international students
Vlog: A week in the life of a student in Canada
The experiences of two Indian students at the University of Toronto
Studying overseas: guide to Australia, Canada, the UK and the USA

This is another significant but less talked about issue. In Canadian universities, there is an open and healthy discourse around gender and sexuality.

However, for international students from conservative cultures, where these issues are often shrouded in silence, this discourse can be quite perplexing and disorienting. We both recall being surprised, albeit pleasantly, by the casual use of words about sexual identity, such as LGBTQ+, non-binary gender, gender fluid etc.

Given that Canada attracts a significant number of international students from India and other conservative countries, Canadian universities and colleges would benefit from engaging such students in discussions around topics such as gender and sexuality. This initiative would also allow the students to get acclimatised to the university environment more quickly.

“So this is what -30 degrees Celsius feels like,” Sumeet thought while waiting for a bus on a bitter, grey January morning in Calgary. Never having experienced temperatures below zero degrees celsius, the winters in Canada were not only physically uncomfortable, but they also took a significant toll on mental health.

It took three winters to learn that this could have been a mild form of seasonal affective disorder (SAD), also known as winter or seasonal depression.

Indeed, some reports show that international students from warm countries are more susceptible to SAD.

Having enjoyed significant academic success in India, we did not expect to find it difficult to maintain A-level grades in Canada. But at first, we both struggled to understand the concepts of plagiarism and academic integrity.

Indeed, we have nearly got into trouble due to a lack of citations and poor paraphrasing in term papers. The research culture, particularly in the social sciences, is very different in India and Canada.

In India, the lack of emphasis on developing academic writing ethics, combined with the urgency to “complete the degree”, often makes students resort to sub-par techniques even at graduate level.

Compromising the quality of writing, copying and pasting text, and writing vaguely or convolutedly are among the many practices that most Indian students adopt without even realising that they are indulging in unethical behaviour.

Except for a few islands of excellence, most Indian universities lack a healthy research culture. In a recent report, the University Grants Commission – a central body charged with the coordination and maintenance of higher education in India – has admitted that the overall quality of research in most Indian higher education institutions is “far from satisfactory”.

This report, as well as a paper by a senior Indian sociologist, highlights various issues, such as widespread plagiarism, data manipulation and an alarming number of publications by Indian academics in predatory journals. Some other issues are the lack of physical infrastructure, research funding and qualified faculty members.

Despite the considerable geographic distance – Nav is located in Newfoundland while Sumeet is in British Columbia – the similarities of their experiences speak to the challenges that Indian students are likely to face while transitioning between the two education systems.

While the issues discussed above might be taken for granted for domestic students in Canada, it is imperative to familiarise international students with the ethics of writing and doing research in Canadian universities, as well as the subtleties of the larger culture and prevalent ideologies in these universities. 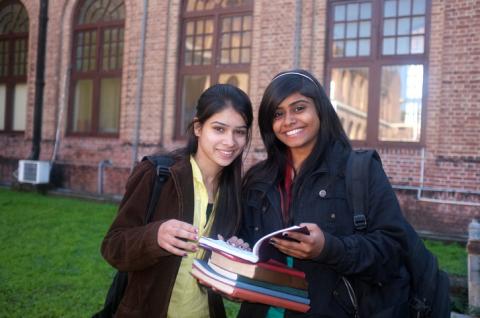 From extremely cold weather to addressing lecturers by first name, there are many things that Indian students have to acclimatise to when studying in Canada