Wisconsin is situated in the US Midwest. It borders Minnesota, Iowa, Illinois and Michigan, as well as two Great Lakes.

The state is home to a number of thriving industries, from manufacturing to entertainment, as well as a good balance of city and country and a number of respected universities. Given that living costs in Wisconsin are slightly lower than those in other US states, it’s a good choice for students.

A variety of outdoor activities are on offer in this area, including fishing, skiing, hiking and water sports.

The state capital, Madison, is a vibrant city with a population of about 240,000. There are countless shops, restaurants and bars, and a number of summer farmers markets. There is also the Bubbler Gallery and the Madison Art Exhibition Spaces for students looking to get their culture fix.

As a public research university, the university's past research projects include discovering vitamins in the 1910s and cultivating embryonic stem cells in the 1990s.

There are 13 schools and colleges at the university, including agricultural and life sciences, engineering, journalism and mass communication, medicine and public health, and music. Within each school are a number of departments, which offer more than 9,000 courses for undergraduates and postgraduates.

UW has nearly 900 student organisations and societies, as well as 23 Big Ten varsity teams, which play at the 80,000-seat Camp Randall Stadium.

The university’s student body is diverse and multicultural, representing 50 states and 134 countries.

Marquette University is a Catholic, Jesuit university in Milwaukee. It was founded in 1881 by Rev. John Martin Henni, the first Catholic bishop of Milwaukee. Originally named Marquette College, it began as a small liberal arts school for men.

The 11 colleges and schools at Marquette University offer undergraduate and postgraduate programmes in areas including business administration, dentistry, education, engineering, law and nursing.

Throughout the academic year, the university participates in research initiatives that contribute to the social and economic development of Milwaukee. Marquette is currently collaborating with the Global Water Centre, the Institute for Women’s Leadership and the Social Innovation Initiative.

When it comes to sport, 16 teams compete at the BIG EAST Conference. Sports include basketball, golf, lacrosse, soccer, tennis and volleyball. For those who are less competitive, the Alumni Memorial Union organises a range of academic, cultural and sports activities for students.

Lawrence University is a private liberal arts university and conservatory of music, founded in 1847. The university was the second co-educational institution to be established in the US.

The university’s main campus is in downtown Appleton. Situated beside the Fox River, Appleton is home to the Fox Cities Performing Arts Centre and the Fox Cities Exhibition Centre. Lawrence’s second campus, Björklunden, is located two hours northeast of Appleton on the shores of Lake Michigan.

The university offers three degrees: the bachelor of arts, bachelor of music or bachelor of musical arts. Students can study a range of academic programmes including anthropology, biochemistry, computer science, economics and mathematics. There is also an independent study option for students who wish to design their own courses in academic fields not covered by the university.

Lawrence has about 1,500 students, representing nearly every US state and about 50 countries. There are 100 clubs and societies, which include the baking and cooking club, environmental responsibility committee, rowing club and Lawrence student radio.

Founded in 1846, Beloit College is Wisconsin’s oldest continuously operating college. It specialises in liberal arts and emphasises the importance of learning outside the classroom.

The college is located in the city of Beloit, on the southern border of Wisconsin that adjoins Illinois. During the winter, the city hosts an international film festival.

Beloit College offers six career channels for students to choose from: arts, business and entrepreneurship, health and healing, justice and rights, sustainability, and world-building. Within each channel, a range of relevant majors and minors are offered.

Beloit’s Logan Museum of Anthropology and Wright Museum of Art are used as teaching museums to supplement student learning.

Students are known as “Beloiters” and are encouraged to get involved in at least one of the 60 clubs and societies. There are 19 varsity sports teams as well as canoeing and kayaking, organised by the Buccaneer Boathouse. 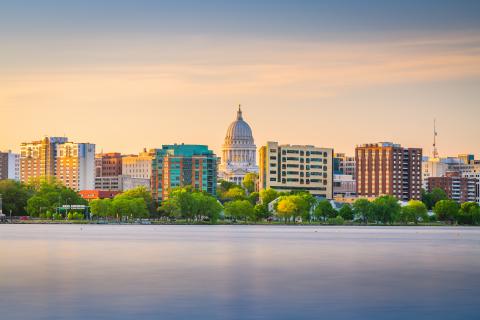