The physical sciences include a range of subjects including mathematics and statistics, physics and astronomy, chemistry, geology, environmental sciences and earth and marine sciences.

A physical science degree can lead to a wide range of careers including computing, engineering, climate change patent law and policy work or a job in a scientific institute.

Canada’s institutions are well represented in the Times Higher Education World University Rankings 2023. Tuition costs are often a little lower than similar study destinations such as the US or the UK and the country is known for its welcoming attitude and diverse population.

In Canada, most universities offer specialised four-year programmes in mathematics, physics, chemistry and earth sciences, but many also offer joint honours options combining two sciences, or a major and minor system where you can study the physical sciences alongside any other course of your choice, including those in the arts and humanities.

The University of Waterloo was founded in 1959 in Waterloo, Ontario, which is also home to the offices of major tech companies such as Blackberry and Google. Staff in the physics department include Nobel winner Professor Donna Strickland, who developed chirped pulse amplification alongside Gérard Mourou, her then PhD supervisor.

Waterloo offers a bachelor of science programme with options to major in various specialisations of physics, as well as chemistry, medicinal chemistry, Earth sciences and materials and nanosciences.

There are also a number of postgraduate and PhD programmes in the physical sciences, including nanotechnology and quantum information.

Waterloo’s Centre for Astrophysics hosts aspiring researchers and students, helping them discover more about the universe.

The programme’s strong ties to Waterloo’s Institute for Quantum Computing provide additional opportunities to get involved in research.

The University of Victoria is located in greater Victoria, British Columbia, and became a university in 1963, having previously operated as an affiliated college.

Major, minor, honours and general programmes, as well as a variety of cross-disciplinary combined programmes are offered through the Faculty of Science’s departments.

Programmes include the Earth and ocean sciences major, in which students have the chance to participate in scientific ocean cruises and investigate the geology of the Cordillera mountains of British Columbia. Other options include majors in physics, mathematics, chemistry and chemistry for the medicinal sciences.

The university hosts many leading research institutes, including Canada’s deepwater seafloor research observatories VENUS and NEPTUNE, the Pacific Institute for Climate Solutions, and two Environment Canada labs: the Canadian Centre for Climate Modelling and Analysis and the Water and Climate Impacts Research Centre. The Institute of Integrated Energy Systems is a leading centre for research on sustainable energy solutions and alternative energy sources.

Founded in 1821, McGill University’s main campus is on the slopes of Mount Royal in Montreal.

Its second campus is located in the suburb of Sainte-Anne-de-Bellevue, about 30km from Montreal’s city centre.

McGill also has the largest endowment per student in Canada, meaning there is plenty of funding support and scholarship opportunities.

McGill offers many programmes focusing on the physical sciences, including mathematics, which students can tailor them to their interests and preferred specialisations. Many courses are offered through a major and minor system, meaning students can choose courses from different subject areas, but the majority of them relate to your chosen specialty, or major.

For example, the university offers a Bachelor of Science with a major in atmospheric science and physics, or chemistry - atmosphere and environment.

McGill has taught 12 Nobel laureates and 147 Rhodes Scholars, the most of any Canadian university. Notable McGill researchers include Ernest Rutherford, who discovered the atomic nucleus, and conducted his Nobel prize-winning research on the nature of radioactivity while professor of experimental physics at the university.

At UBC’s department of physics and astronomy, its researchers and faculty include cosmologists, medical physicists and top engineers, working on everything from string theory to ultrafast laser development.

The physics offering is varied, with the option to minor in another subject, or combine a major in physics or maths with subjects such as oceanography, computer science and astronomy. There is also a specialised, interdisciplinary environmental science programme, where students can pick from a number of courses to gain a broad overview of the environmental issues facing society and how earth sciences research can be applied to secure a more sustainable future.

UBC houses TRIUMF, Canada’s national laboratory for particle and nuclear physics. The university is also home to the Stewart Blusson Quantum Matter Institute, a leading research site for the development of quantum technology.

Founded in 1827, the University of Toronto is the oldest university in the province of Ontario.

The university operates a collegiate system.

All seven of the University of Toronto’s colleges on the main St George campus offer courses in the physical sciences. Each college has its own character, from the old Gothic Revival buildings of University College to the more modern feel of Woodsworth College, which was founded in the 1970s.

The university offers a Bachelor of Science with options to study physics, mathematics or chemistry, or combine different sciences, including statistics, environmental chemistry and more.

Maths has some extra options such as mathematical applications in economics and finance, designed to prepare you for a job in the finance industry. Students can also study a major and minor programme, giving you the option to mix physical science modules with the huge array of humanities and arts programmes offered by the university.

The University of Toronto has a strong reputation in the world of physics; its researchers identified the first black hole. The university receives the most annual scientific research funding of any Canadian university, so it remains a site for cutting-edge scientific discovery, and attracts expert teaching staff.

Top universities in Canada for the physical sciences 2023 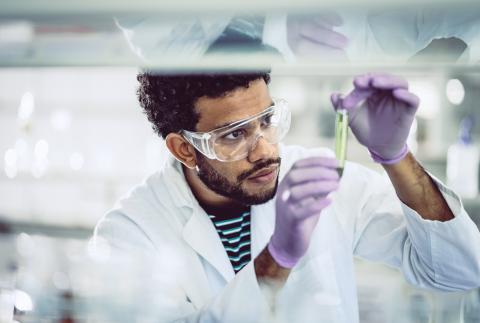