Although there is no set definition of the region encompassing Eastern Europe, here it has been defined by the United Nations definition of Eastern Europe which includes Belarus, Poland, Czech Republic, Slovakia, Hungary, Ukraine, Moldova, Romania, Russia Bulgaria.

Eastern Europe is a region with chequered history and since emerging from the Cold War some of its nations are among the most highly developed in the world while others are among the poorest in Europe.

Many of the universities in this region are among the oldest in Europe and have been running continuously for thousands of years. Each country within this region has a rich history and culture and there are 94 UNESCO World Heritage Sites.

Some of the most famous places in Eastern Europe are the cities of Krakow in Poland, Prague in the Czech Republic and Budapest in Hungary which have some of the best preserved medieval old cities in Europe.

Below are some of the best universities in the region based on data collected for the Times Higher Education World University Rankings 2022.

Charles University in Prague was founded in 1348 and is the oldest and largest university in the Czech Republic. It is one of the oldest universities in Europe in continuous operation and takes its name from its founder, King Charles IV, King of Bohemia and King of the Romans.

The university was modelled on the first European universities, Bologna and Paris in particular, and its original faculties were in theology, liberal arts, law, and medicine.

Today the university consists of 17 faculties spread across Prague, Hradec Králové and Pilsen.

Semmelweis University in Budapest, Hungary is a research-led medical school which was founded in 1769.

There are six faculties covering all aspects of medical and health sciences including genetics, pharmacy, physiotherapy, nursing and health policy among others. Programmes are taught in three languages; Hungarian, English and German.

The university is also the largest provider of health care services in Hungary offering care to patients with serious health conditions and requiring complex treatment.

International perspective: an Iranian student in Poland
The 10 most beautiful universities in Europe

Jagiellonian University is located in Krakow, Poland. It is the oldest university in Poland and another one of the oldest surviving universities in the world having been founded in 1364.

The campus of the university is located centrally in the city of Krakow and there are 15 faculties in total including humanities, law, the natural and social sciences and medicine.

Courses are usually taught in Polish, but several degrees are offered in either English or German.

There are a number of good universities across the Eastern European region, many with long and impressive histories such as Eötvös Loránd University in Hungary and Babeş-Bolyai University in Romania.

Many of these universities offer a wide-variety of courses and plenty in the way of history and culture in their respective countries.

However, universities such as University of South Bohemia in České Budějovice in the Czech Republic is a much younger institution with a lot to offer. 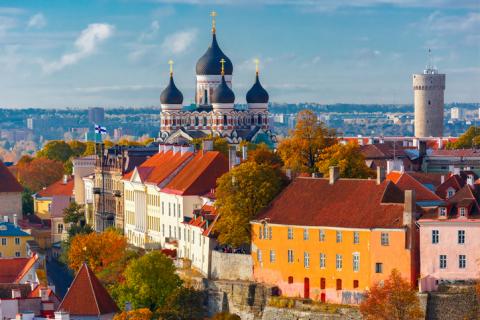