As one of the oldest cities in the world, Beijing has a rich history stretching back 3,000 years.

The city is home to seven Unesco World Heritage Sites including the Forbidden City, Temple of Heaven, Summer Palace, Ming Tombs, Zhoukoudian and parts of the Great Wall and the Grand Canal.

However, with a population of more than 21 million people and as China’s capital, the city's modern buildings such as the China Media Group Headquarters, China World Trade Headquarters, and Capital Museum are also impressive sights.

As well as this, the city is home to 91 universities, meaning that there is plenty of choice for prospective students.

The Chinese government has invested heavily in the higher education sector, in order to make it more appealing to international students, so now is a better time than ever to consider studying in Beijing.

Read about some of Beijing's best universities based on the Times Higher Education World University Rankings 2022 below.

Tsinghua University is one of the most prestigious universities in the world, and is regularly ranked as one of the best institutions in China.

It performs strongly in engineering and computer science teaching.

The campus is also considered one of the most beautiful in China, having been built on the former site of the Qing Dynasty royal gardens and retains Chinese-style landscaping as well as traditional buildings.

The primary language of instruction is Chinese, however some graduate degree programmes are offered in English, such as Chinese politics, foreign policy and international relations, mechanical engineering and global business journalism.

Alongside Tsinghua University, Peking University is considered one of the most prestigious universities in China.

It is also considered one of the most beautiful, with its traditional houses, gardens, pagodas and many other historical structures.

International perspective: an American student in China
The cost of studying at a university in China
University life in: China
The 10 most beautiful universities in East Asia

Beijing Normal University is one of the oldest and most prestigious universities in China and was recognised by the Chinese Ministry of Education as a Class A Double First Class University.

The campus has one faculty - the Faculty of Education - 26 schools and colleges, two departments and 43 research institutes. The library has over 4.3 million volumes.

As mentioned in the introduction, there are 91 universities in Beijing, which means that there are far more institutions to choose from than those listed above.

However, if science or technology isn’t for you and you’d rather study the social sciences of the humanities, there are plenty of other institutions to choose from, including as Beijing Jiaotong University. 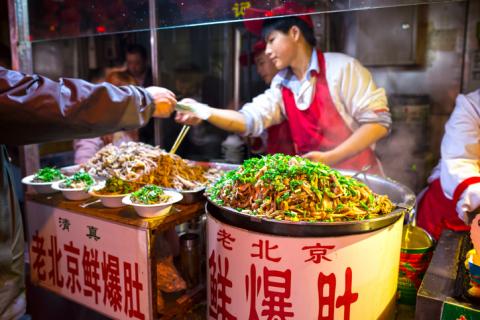