What can you do with a mechanical engineering degree?

What is mechanical engineering?

Mechanical engineering is the branch of engineering which covers how to maintain, analyse, design and manufacture machinery in all of its forms.

This can span from the delicate design of tiny parts of electrical machines, to large-scale industrial machinery, robotics and even biotechnology.

What do you learn in a mechanical engineering degree?

Engineering courses span between three and five years depending on whether you choose a BEng, a MEng, or undertake a professional placement during your degree.

The first and second years are usually similar across most engineering programmes, covering an introduction to engineering with modules in applied mathematics, computing, thermodynamics and design and manufacture.

Following on from this, students will be able to specialise through selecting modules that interest them such as computational continuum mechanics, interfacing and data processing, nuclear reactor physics, fluid mechanics and many others.

Students will also carry out an individual project in the final year and will often have the opportunity to undertake a placement year in industry.

Women in STEM: how can we encourage more women into engineering?
How studying in the UK led to an engineering career

What should I study at school if I want to do a mechanical engineering degree?

The majority of universities will require a strong background in maths and physics to study mechanical engineering, so these are common subject choices for applicants. Studying other sciences such as chemistry may also be beneficial.

Most universities will provide a list of recommended subjects and expected grades for a particular course on their website, so be sure to check the individual requirements of your chosen institution.

What do people who study mechanical engineering do after graduating?

Careers in mechanical engineering span many industries including defence, transport, healthcare, manufacturing, machinery, IT, finance and others.

Youssef Elsayed studied mechanical engineering at the University of Leeds. While there, he took part in an engineering summer school in Germany in July 2018 and shadowed employees at top engineering firms alongside his degree.

Yousef also landed a placement year at Xerogrid as an assistant project engineer before later gaining a place on a graduate engineering scheme with packaging manufacturer Smurfit Kappa.

“Getting this role feels like the culmination of all my hard work at university, both as part of and outside of my degree,” says Youssef.

“I was pleased to find that some of the things I had covered in the third year of my course were directly relevant early on in my graduate role,” he says. “For example, I did a module in additive manufacturing as part of my degree, which gave me the knowledge I needed to suggest improvements to the spare parts supply chain at the site where I am now based.”

Many mechanical engineering graduates will also go into consulting, working as part of a consultancy or as an independent contractor, or pursue further study to achieve chartered engineer status.

Bill Nye, an American science educator and television presenter, studied mechanical engineering at Cornell University. He hosted his own science show Bill Nye the Science Guy in the 1990s and has since made television appearances on Dancing with the Stars and The Big Bang Theory. 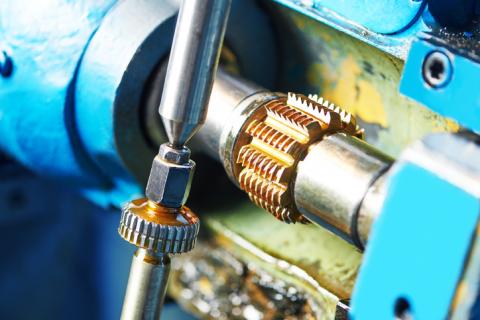 An essential guide to what you will learn on a mechanical engineering course, what you should study to get your place on a degree, and what jobs you can get once you graduate