What can you do with a politics degree?

Politics is broadly seen as the study of government, institutions and decision-making processes that govern the world we live in. It can also be the study of ideas, like justice, democracy, equality and freedom, and how power is distributed and exercised.

From international cooperation, conflicts and crises to the intricacies of electoral systems in particular nation states, the study of politics at university can encompass international relations, sociology, philosophy and economics, among other disciplines.

At undergraduate level, politics is frequently taught through a mixture of lectures in large groups, and seminars, where smaller groups discuss ideas and material studied. Seminars tend to allow and encourage more debate and interaction, and students are typically asked to read texts in advance to increase engagement.

What do you learn on a politics degree?

After the first year of an undergraduate degree, students generally have the option to specialise according to their areas of interest, whether studying a particular region’s politics, like US politics, sub-Saharan Africa or East Asia, or choosing a broad topic, such as international relations, political philosophy or political economics.

The following years may involve the study of topics like political protest, political violence, gender in politics, global security, war and terrorism, empire, environmental politics, politics of asylum, states and markets, parliamentary studies and the role of non-governmental organisations like the United Nations, International Monetary Fund and World Bank.

Many choose to study individual ideologies, such as Marxism or liberalism, or countries’ journeys through particular periods of history, like South Africa since apartheid, Russia since the Cold War or post-war Germany; or individual parties and their evolution, like the rise of New Labour.

Postgraduate politics courses can allow a greater degree of independence and specialisation if desired.

What should I study if I want to study politics?

To study politics at university, you should consider taking subjects such politics, sociology, history, economics or law at school. Subjects like maths and philosophy are also common. Politics departments also tend to favour other essay-based subjects, like English, religious education or psychology, although having science does not tend to be a disadvantage.

Modern languages are also highly-valued by politics departments, with many universities offering politics courses alongside a foreign language and study abroad programmes.

In the vast majority of cases, having studied politics at school or college is not a prerequisite to studying it in higher education. But having a basic grounding in and/or interest in politics prior to starting university can provide a slight advantage.

2020 US election: what have Democratic candidates said about higher education?
Brits in America: experiencing the US political machine
Brits in America: getting to grips with US politics
Deciphering academia’s wordiest sentences
How can young people be encouraged to vote?

What do people who study politics do after graduation?

The transferrable skills acquired in the course of a politics degree include the ability to think critically, conduct research thoroughly and communicate effectively, contributing to a high employment rate among politics graduates.

Although some eventually work in politics, starting off as parliamentary researchers, special advisers and and other political posts and others find work in local government. However, not as many politics graduates pursue a career in politics as is often assumed. A large number go into public affairs, marketing, media and communications, while many look for jobs across the public sector.

Many go on to careers in business, finance and human resources. Many work for supranational organisations like the United Nations, European Union, World Trade Organisation, World Bank and World Health Organization. Others work in think tanks, pressure groups and charities.

As one might imagine, many world leaders past and present studied politics, including former US presidents Barack Obama and Gerald Ford, former chancellor of Germany Helmut Kohl and prime minister of India Narendra Modi.

But a range of people who became famous in other fields also studied politics at university, from broadcaster Jerry Springer and fashion designer Miuccia Prada to singers Will Young and Pete Burns and comedians Miranda Hart and Harry Enfield. 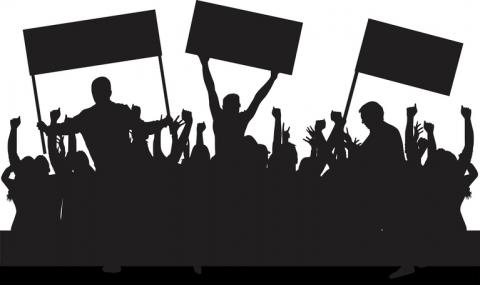 Why study politics? What should you study at high school to get on the right degree course, and what jobs will you get on graduation?