New Zealand opens borders to some international students from April

The New Zealand government has announced that international students will be able to enter the country from April 2022.

A five-step plan was announced on 3 February outlining the country’s strategy for a border reopening, with New Zealand citizens living abroad, highly skilled workers and travellers on working holiday schemes prioritised in the first three stages.

All other international students will be able to enter the country from October 2022 in time for the start of the 2022-23 academic year. This is part of the fifth and final stage of the border reopening plan.

Students will have to be fully vaccinated to travel to New Zealand, but they will no longer have to stay in government quarantine locations, known as MIQ (Managed Isolation and Quarantine). Instead, students will have to self-isolate for up to 10 days. On entering the country, travellers will be given three rapid antigen tests: one to take on day one, the second to be taken on day five/six, and the third as a backup.

New Zealand has had one of the strictest border closures throughout the pandemic, remaining shut to almost all travellers and citizens since April 2020. This, in turn, has seen many international students choose to study in countries such as the UK and Canada, where it has been easier for students to enter.

New Zealand suspended the processing of most offshore visa applications from August 2020, and this suspension currently extends to August 2022. There may be a decision to lift this suspension in part or in full before August 2022, based on the stages in the five-step plan.

There were three small cohorts of international students given clearance to enter New Zealand during 2020 and 2021; however, the cost of government quarantine and of flights meant that uptake was low.

Previous plans were announced for a border reopening in November 2021, but the December entry for citizens was pushed back six weeks because of a surge in Omicron cases globally. 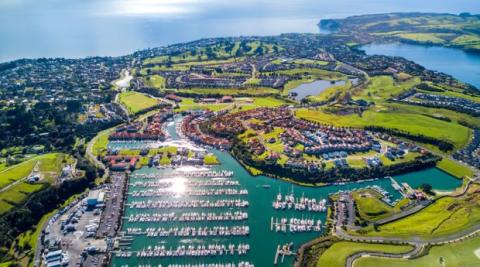