The highest levels of graduate debt in key English-speaking countries are faced by English university graduates, a report revealed today.

Even compared with graduates of private universities in the US, on average English university students, who now pay tuition fees of £9,000 a year, carry the heaviest burden of debt upon graduation – more than £44,000.

The Sutton Trust, which compiled the report comparing levels of graduate debt in the UK, Canada, the US, Australia and New Zealand, also expressed concern that the abolition of maintenance grants in the UK would leave the poorest students with even more debt.

- Discover the best universities in the United States

Sir Peter Lampl, chairman of the Sutton Trust, said: “These debt levels are by far the highest in the English-speaking world and are more than double average debt levels at universities in the United States, where students study for four-year programmes, rather than three.

“They impact on the ability of graduates to go to graduate schools, to afford a mortgage, the timing of having children and other major life decisions.”

According to the report, a typical graduate of a private, for-profit university in the US finishes university with the equivalent of £29,000 of debt – 65 per cent of the average debt incurred by UK graduates.

- Looking for information and guidance on student finance?

The repayment terms vary across these countries, and UK students do benefit from a system in which loan repayment is contingent on a graduate’s salary.

Both UK and Australian graduates have the option to take a “repayment holiday” if their income dips, but only 19 per cent of US students who receive the most common federal loans are on similar repayment schemes.

However, the terms of repayment for UK students with maintenance loans have recently been altered retrospectively to the detriment of borrowers, and maintenance grants for the most disadvantaged students will be replaced by loans.

Philip Kirby, the report’s author, said: “There are features of the UK system that are better than those in the US – particularly the income-contingent loans collected by HMRC [the UK tax agency] – but, with significant access gaps remaining, proper monitoring of the changes to student funding from this September is crucial.”

Tuition fees and graduate debt in the UK, Canada, the US, Australia and New Zealand 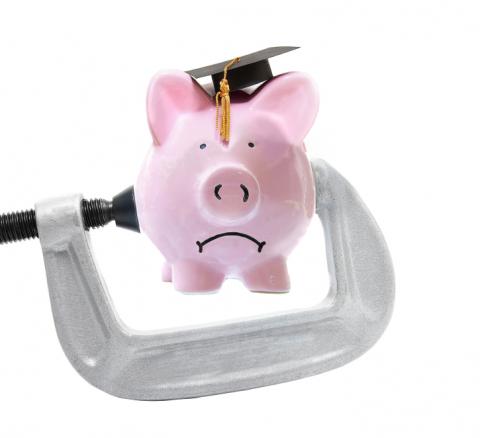