When you study abroad, your university will spend some time going through its rules, grading criteria and study expectations, and assign you a tutor to help with any issues you have around studying.

What they often won’t tell you is how to deal with cultural differences, which can be simultaneously the most rewarding and challenging part of studying abroad.

Each country has its own unique culture that you cannot learn through textbooks but through embracing and understanding the place you have moved to.

I was born and raised in Thailand, I did my bachelor’s degree in Japan and my master’s degree at the University of Bristol in the UK. Overall, I experienced the biggest culture shock in the UK.

Here are three of the biggest cultural differences I found when studying in the UK as a Thai student, and how I navigated them.

The first thing I noticed when studying in the UK was how common it was for students to ask questions in class. When I studied in Japan, raising your hand to ask your tutor a question was a rare occurrence.

I remember one of my UK professors asking me whether I had any questions because I was the only one who hadn’t said anything during the class. He probably thought I was shy – and he was partly right.

I did not initially have confidence to ask questions in lessons because I was worried that others might judge my knowledge.

In my experience, other Asian students also tend not to ask questions or give opinions in class, and I do think cultural differences are heavily responsible for this. I grew up in an educational environment that did not provide me a space to ask or answer questions or to share my own opinion.

Learning to raise my hand in class was not easy, but I’ve found that there is nothing to lose in asking questions. You do not look dumb, and people will never judge you or your English proficiency.

Instead, asking a question has many benefits, such as helping you remember what you’re learning, and helping confirm your understanding of what is being taught. If you do not want to miss this great learning opportunity, ask lots of questions.

While I was studying in the UK, it was pretty common to see students skip class to join strikes and protests.

Strikes and protests happened for a range of causes, from promoting women’s rights to stopping racism or raising awareness about the urgency of the climate crisis. I often witnessed thousands of people gathering to protest over these issues.

My experience in Japan and Thailand was very different. Thai people do make their voices heard, but not in a public space. We see protesting as dangerous. In Japan, I found a cultural tendency to avoid conflict and instead follow pre-existing rules.

So, the difference that I recognised was perhaps that British people value freedom of expression while Thai and Japanese people tend to prioritise their security. These priorities are somewhat rooted in our culture, I think.

You have to pay for plastic bags in the UK

In Japan I never carried my own reusable bag, because shops always provided free plastic bags. In the UK you must ask for a plastic bag in a shop and they cost 10p. You’ll also find paper straws being used instead of plastic ones.

This is because of a UK government law that came in a few years ago to help curb the use of single-use plastics.

It’s just another example of culture shaping our social attitudes toward nature and the environment and is easy enough to adapt to.

All these cultural differences can be challenging and frustrating at first, but I have found that if you have an open mind they will become differences worth cherishing.

Why not take the opportunity of living abroad to explore other cultures, other ways of thinking and valuing things and making new friends?

This might be your only chance to build connections with people from other parts of the world. But remember, this does not mean you need to distance yourself from your friends who share the same culture. Be open, respect differences, and you will gain a lot from it. 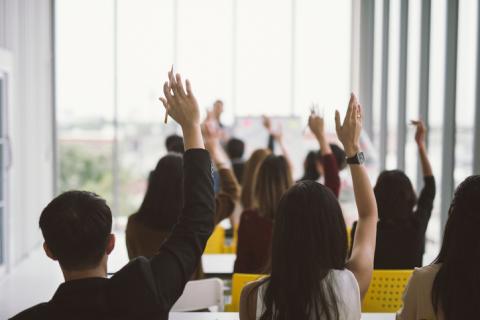 Having grown up in Thailand and studied previously in Japan, here are three cultural differences I found studying in the UK and how to navigate them