Studying abroad through the Turing Scheme

I have always had a passion for experiencing and learning about new cultures. This is probably the reason why at school I enjoyed studying European languages, such as French and Spanish.

It was also likely the driving force behind my decision to study law at the University of Nottingham. I chose to study law with European law because I knew this would give me the option of studying a year abroad through the Erasmus programme.

In my second year of university, I was delighted to be accepted to study in Barcelona at Pompeu Fabra University. Barcelona was my first choice because of the opportunities it provided to improve my language skills, receive quality teaching from one of the top universities in Spain and live in a city with exciting culture and diverse surroundings.

As the summer approached, the UK government announced that it would be withdrawing from the Erasmus programme and replacing it with its own Turing Scheme.

This added to the stress of possibly not being able to travel to Spain because of Covid-19 restrictions and the difficulties and costs that had been associated with the lengthy post-Brexit visa process for Britons studying abroad in Spain. A visa previously costing less than £100 in 2021 cost me closer to £500 in 2022.

Thankfully, my university mobility department assured me that, for at least the 2021-22 year, the process for the grant funding would be the same and money would either be distributed from existing Erasmus+ funds or from the new Turing scheme.

What do students need to know about the Turing scheme?
New study abroad scheme for students studying in the UK
How to choose a UK university
Scholarships available in the UK for international students

The process of applying for the grants was fairly straightforward and required only filling out a grant agreement and three learning agreements. I also had to complete a Turing feedback form at the end of the placement.

The learning agreements outline all the modules that you plan to take and then acknowledge the grades that you have achieved in each module at the end of the year. These are then signed by the mobility departments at both your home university and your host university to confirm that you are attending your year abroad and the modules that you’re taking are correct.

I found that each form took only about 15 minutes to complete, and the only difficulties I came across were getting signatures sent in the correct format from mobility coordinators.

In terms of funding, grant rates were calculated on a higher basis (€420 a month) for students staying in European countries with a higher cost of living (Denmark, Finland, Iceland, Ireland, Luxembourg, Sweden, Liechtenstein, Norway). The rest of Europe fell under the lower bracket (€370 a month). Students could also receive a higher monthly grant of €120 if they came from disadvantaged backgrounds.

It was made clear from the start that this money was intended only to be a contribution towards the costs of studying overseas and was not to be seen to cover everything.

I would say that the grant I received was enough to cover just under three-quarters of my total rent for the year in the centre of Barcelona. This meant that it was important that I was able to use other money from a student finance maintenance loan, savings and family contributions to support the other costs of living – such as my bills, travel, documentation, and experiences I wanted to have while abroad.

As the grant was paid by my university in one chunk midway through the first term, I had to make sure that I budgeted well throughout the year.

I went through this process, with funding from the Turing scheme. As far as I am aware, the Turing scheme will take into account the distance of destinations from the UK but apart from that, the differences in expected living costs will just be calculated nationally. The cost of more complex bureaucratic procedures when it comes to visa processing in countries such as Spain should also be considered by the scheme to provide fairer funding for students.

Despite these inevitable costs and the variety of challenges that any student will encounter when embarking on a year overseas, I cannot express how invaluable the whole experience has been.

Something that I didn’t expect to do was play cricket for Barcelona International Cricket team and take part in coaching for teens from Bangladesh who had recently migrated there.

I hope that the Turing Scheme can replicate the opportunities the Erasmus programme provided in putting on events to meet new people from participating countries, match or increase the number of destinations offered and maintain the exchange links for European students coming to the UK. 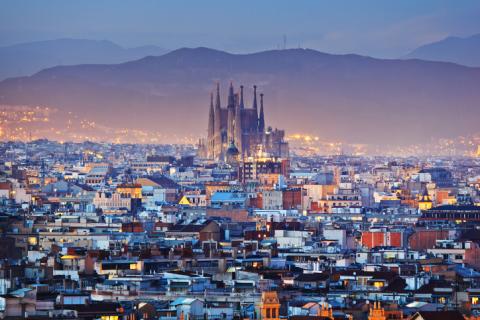 After the UK left the EU, it decided to withdraw from the Erasmus programme, too. In its place, it created the Turing Scheme to encourage students to study abroad. Henry Hawkes a student from the University of Nottingham shares his experiences