France has always been my first choice of country for study. This is due to the quality of education, culture and life in general. So when I was in my third year at Hanoi University of Sciences, Vietnam National University, I worked hard to pass École Polytechnique’s entrance exam.

I did not speak French at all in the beginning. With about 30 other students from all over the world (for example China, Cambodia, India and Russia), we went to stay with host families in the south west of France.

This helped me understand French culture, which was very different from Vietnam’s, and to better integrate myself. During the day, I went to the French Institute of Languages and Services (IFLS) and in the evening stayed with my host family. While we did this, the French students did an internship elsewhere.

After that, I went back to the campus and joined my classmates. At École Polytechnique, everyone lives in the boarding school, and there are 15 sections. The people within each section share a collective kitchen, creating good relationships among friends.

Most students will have a solid background in mathematics and study several subjects at the university. This means they will be able to work in different areas later. The students are from different backgrounds, all with a unique set of skills. If someone needs help in a certain area, they can easily find a friend who could help them.

I was able to taste cuisines from all over the world: ravioli made by a Chinese student, tagine made by a Moroccan student or a spring roll made by a Vietnamese student.

Having friends in every corner of the world is the best way to travel. Sometimes I spend weekends with my French friends in their homes based in all regions across France. During my school holidays, I went to Italy with my Italian friends, Morocco with Moroccan friends, and Spain with Spanish friends. There isn't a better way to discover a foreign country.

On our last day we celebrated with dances, a big group show and a meal for everyone. We had a great time on this campus for two years but it was now time to start new adventures. 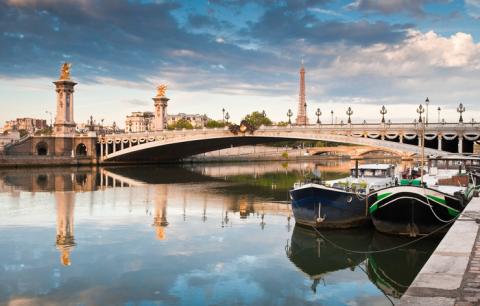