Coronavirus: the abrupt end to my year abroad

I certainly did not expect to end my year abroad crying in Newark Airport wearing latex gloves and a surgical mask, trying to avoid human contact by staying at least two metres away from other passengers (which is surprisingly difficult when you’re on a plane).

This felt so wrong. I was meant to be in America for at least another two months, studying and travelling with friends. Instead coronavirus has come along and ruined everything. It cut my year abroad short and I am beyond devastated.

Just two weeks ago I went to Mexico for spring break with a group of friends. This was when the first cases of coronavirus were being confirmed in the United States. We had a week off university and no one really thought too much about how our studies would be affected by the outbreak. How wrong we were to be so nonchalant.

Halfway through our holiday we received an email informing us that from 18 March our university would shift to remote methods of learning. This came as a shock to us all. Even though the number of cases was rising globally, America still remained relatively untouched by the virus. And what’s more, the state we were studying in only had one confirmed case over two hours away.

However, we understood that the situation was only going to get worse. The university was taking precautions to ensure the virus did not spread across the campus. Taking our studies online was the right thing to do. Even though it did not feel like it.

Tips for studying online and at home for university students
How to manage your mental health when the world feels uncertain
Coronavirus: when learning never (quite) stops
What is it like returning from a year studying abroad?

Despite the sudden online transition of our studies, I still remained optimistic. I thought about all the extra time I would have to spend with my friends and the travelling we could do, while our learning was remote.

However, just two days later, I received an email from my home university in the UK saying that they would support me if I wished to return. This came as a shock. I had not even considered coming home, I was having too much fun.

I also felt much safer where I was in the US in terms of catching the virus, compared with back home in London. I therefore decided that I was going to stay in America for as long as possible.

But the situation was changing so rapidly. Another two days later I received a second email informing me that I had to make arrangements to travel back to my home country as soon as possible. I couldn’t believe it. My year abroad was over. I was heartbroken.

After this news I had just a couple of days to book a flight, pack my entire life for the last seven months into two suitcases and say my goodbyes – this was by far the hardest part. Friends that I had met only at the beginning of the semester became like family as we lived together, ate together, studied together and partied together.

We were an eclectic combination of America, Australia, Britain, Finland, France, Spain and the Netherlands. I have never met such a diverse range of kind-hearted people and I am beyond grateful that I got to share this experience with them. Saying goodbye so prematurely was incredibly difficult but I know that we will keep in contact from all over the globe.

Although I am devastated that coronavirus has ended my year abroad so abruptly, I keep reminding myself of how lucky I am to have had this experience in the first place. I have made memories that I will cherish forever, formed friendships that will last a lifetime and lived my own version of the American dream.

Read more: Coronavirus: will I be able to complete my master’s and study in the UK? 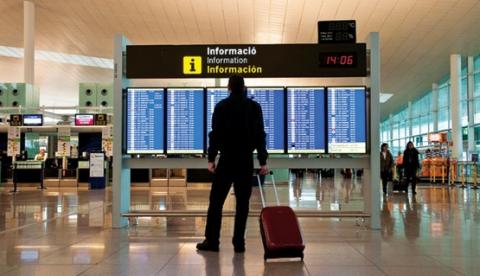 Student Clodagh Flood had to quickly return to the UK from her year abroad in the US due to the Covid-19 outbreak, and was devastated at it ending so abruptly