Home to some of the world’s most revered artists, writers, thinkers and musicians, the City of Light needs little introduction. It is hard not to fall in love with its instantly familiar monuments, world-famous cuisine and endless cultural buzz.

But there is far more to discover in Paris than just fine art and patisserie - the city, which is developing fast under its forward thinking mayor, Anne Hidalgo, is awash with the new and innovative, especially for students.

It may seem an expensive city for tourists but students can live a charmed (and cheap) life reaping the benefits of discounted or often free gallery entries, cinema passes, transport and accommodation. Even French fine cuisine comes at student-friendly prices – CROUS Paris offers genuinely good food in 15 restaurants and 30 university cafeterias for as little as €3 for three courses.

Spanning 105 km², Paris is a small city – meaning no matter where you are, you should be able to reach your destination within 30 minutes, using the excellent metro, bus or bike rental (Vélib) system. The picture postcard Paris that most are familiar with covers a relatively small area and the 20 arrondissements each have their own fascinating personalities. The difficulty of study in Paris is not so much settling – it’s the leaving.

Below are some of the best universities to study at in Paris based on the Times Higher Education World University Rankings 2022.

Paris Sciences et Lettres – PSL Research University Paris is a collegiate university formed in 2010, though some of the member institutions were founded during the Enlightenment (the Collège de France, Observatoire de Paris and the Beaux Arts). Originally formed of five institutions, it has grown into 25 self-governing academic and research institutions. It aims to be one of the leading research universities in the world.

One of the member institutions, the highly selective École Normale Supérieure can be traced back to the post-revolutionary National Convention of 1794. It was originally established to train secondary school teachers in order to ensure a consistent national education. Today, it accepts only 200 students a year in sciences and humanities, who receive a salary of about €1,300 (£1,114) per month in return for 10 years of service in the public sector after graduation.

The university has three faculties: arts and humanities, science and engineering, and medicine. Law is taught by Panthéon-Assas University (Paris 2).

Sorbonne has a number of campuses across Paris, as well as a satellite campus in Abu Dhabi.

The university is home to eight notable scientific collections open to researchers. Some of the collections are also open to the public, such as the minerals, paleontology and zoology collections.

Institut Polytechnique de Paris is a research institution that specialises in science and technology. It was officially established in 2019, but it has a history that dates back over 200 years.

Every year the Institute welcomes over 8000 students, 35 per cent of whom are international students.

International perspective: a Vietnamese student in Paris
Smaller does not mean there is less opportunity - Ècole Polytechnique
Falling in love with studying in Paris
The 10 most beautiful universities in the world
Graduate employability: top universities in France ranked by employers 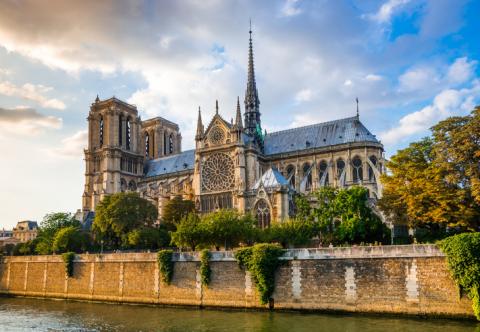