Best universities in the world 2023

The top 10 universities in the world

In total, 1,799 universities across 104 countries or regions are represented in the ranking and 27 of these have at least one university in the top 200.  A further 526 universities are listed with “reporter” status, meaning that they provided data but did not meet our eligibility criteria to receive a rank.

Applying to university overseas: what to consider
A guide to university rankings for international students
THE World University Rankings explained
How to use the rankings: frequently asked questions
The best ways to prepare for studying abroad

Top 5 universities in the world

The first architecture classes in the US were taught at the Massachusetts Institute of Technology.

The university was founded in the mid-19th century and has always endeavoured to provide financial aid to students on a needs basis.

Its campus in Cambridge, Massachusetts, includes 18 student residences, many gardens and public works of art.

Admission is extremely selective. The university lays claim to 85 Nobel Laureates, 58 National Medal of Science winners, 29 National Medal of Technology and Innovation winners and 45 MacArthur Fellows. Among its alumni is Kofi Annan, former secretary general of the United Nations.

Many graduates go on to achieve great things; 17 Nobel laureates are affiliated with Stanford University.

There are just under 7,000 undergraduates and 9,000 postgraduates at the university, with a 7:4 student-to-staff ratio.

Stanford University has produced many entrepreneurs and start-ups and was partly responsible for the development of the surrounding Silicon Valley.

The large campus is home to 97 per cent of undergraduates and nearly 700 university buildings, museums, gardens and recreational centres.

Research at Stanford has a $1.22 billion budget and more than 5,000 of its projects are externally funded.

Video: how I got into Stanford University as a low-income international student

The University of Cambridge climbs back into the top five this year, moving up one place from last year’s number six.

In total, 92 affiliates of the university have been awarded Nobel Prizes, covering every category.

The university is split into 31 colleges, where students receive small group teaching sessions known as supervisions.

The journey from Gaza to Oxbridge

Established in 1636, Harvard University is the oldest university in the US.

Harvard University is one of the most prestigious institutions in the world. It is part of the Ivy League, a group of eight highly regarded private universities in the US.

Harvard is connected to more than 45 Nobel laureates, at least 30 heads of state and 48 Pulitzer prizewinners. Thirteen US presidents have honorary degrees from the institution; the most recent of these was awarded to John F. Kennedy in 1956.

Vlogging a day at Harvard University

One of the most prestigious universities in the UK has come out on top for the seventh consecutive year.

The University of Oxford is the UK’s oldest university and one of the best known in the world.

There are more than 20,000 students at Oxford, with a roughly equal number of undergraduates and postgraduates.

Admission is extremely competitive; on average the university receives five applications for every place.

The university employs staff from just under 100 countries and foreign citizens make up about 40 per cent of the student and academic body.

Tips for acing your University of Oxford interview 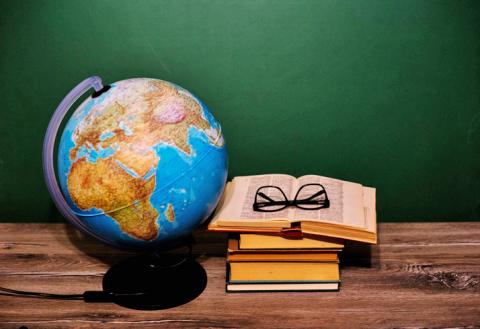 CTA
Land your dream job when you graduate
Benefits of registering CTA
Student logo
On
Display TAP Popcard?
On