Scroll down for the full list of best universities in Pakistan

Pakistan is a fascinating country with beautiful scenery, a rich culture and a complex history.

The country stretches from the Arabian Sea in the south to the towering Himalayas in the north and encompasses the Indus River valley, a cradle of human civilisation and home to some of the world’s most ancient cultures.

The country today is an ethnic and linguistic patchwork (more than 70 languages are spoken in Pakistan), and the people mirror the diversity of the geography.

Pakistan has more than 200 public and private higher education institutions, some of which date back to when the country was first established. After the creation of Pakistan as an independent country, the government built several universities to provide vital skills to the newly formed republic, especially in the sciences and engineering. That legacy continues to this day, with many universities retaining a focus on science, medicine and technology.

Many Pakistani universities actively encourage foreign students to enrol, and large numbers choose to study in Pakistan. Students come from as far afield as Saudi Arabia, Africa and China, as well as some from America and Europe. Higher education is delivered in English at all public universities in Pakistan, which, combined with the relatively low cost of living, makes studying here an attractive option. These are the best universities in Pakistan based on the Times Higher Education World University Rankings 2022.

-The University of Peshawar, an educational institution in Khyber Pakhtunkhwa, was founded in 1950 as the first ever university after independence.
-Degrees are offered at the undergraduate, postgraduate and doctoral level across six academic faculties, which specialise in social, medical and natural sciences.

-The University of Malakand (UOM) was founded in 2001 on the banks of the Swat River in Chakdara in Khyber Pakhtunkhwa, Pakistan.
-There are a total of 5,000 students, 4,300 of whom are undergraduate and 700 of whom are postgraduate.

-Established in 1980 the International Islamic University, Islamabad (IUII) was built at Faisal Majid in the Pakistani capital, of Islamabad.
-There are around 20,000 students at the university, with a 50:50 split of men and women. There are two campuses, one for women and one for men.

-Founded in 2001, Hazara University Mansehra is located near Mansehra, Pakistan, with an additional sub-campus in Battagram
-There are 36 undergraduate programmes at the university offered across four main faculties: sciences, arts, law and administration and health sciences.

Master's programmes at the university are two-years in duration, and include subject areas such as conservation studies, genetics, botany, and education. Doctoral programmes are also of a two-year duration and can be taken in education, psychology, Urdu, and Islamic and religious studies among others.

The Government College University Faisalabad began life as a primary school in Karkhana Bazar, Faisalabad. In 1905, it became a high school, then an intermediate college in 1924. Degree levels were brought in in 1933, with postgraduate disciplines introduced in 1963. In 1990, the Government of the Punjab declared it an autonomous institution in 1990, gaining its university status in 2002.

On campus, there is a daycare centre and several mosques, canteens and banks. The university is located on the Jhang Road and has a main campus which spans 37 acres.

-Abdul Wali Khan University Mardan was set up in 2009 and was named after Abdul Wali Khan, a British Indian and later Pakistani secular democratic socialist and Pashtun leader.
-The university is located in Mardan, in the Khyber Pakhtunkhwa province, in the north of the country.

The university has nine campuses, including the main campus (which is home to the central library), the University College for Women, the University College of Science Shankar, the Rashid Hussain Shaheed campus, the Riffat Mahal campus, the Timergara campus, the Pakhtunkhwa College of Arts, the College of Animal Husbandry and Veterinary Sciences, and the Garden campus. The last is home to laboratories, one of the region’s largest libraries, computer labs, several hostels for students and a sports complex.

-Quaid-i-Azam University – previously named Islamabad University – was established in 1967 and is based in Islamabad.
-It has four faculties and nine other teaching and research institutes, centres and schools, and the main areas of research involve biological sciences, natural sciences, social sciences and medicine.

The campus is located at the foot of the Margalla Hills, a range at the base of the Himalayas. It is a well-known spot for birdwatching, hiking and climbing. A canal runs through the campus.

The university has close links with several universities in Europe, South Asia and the United States. 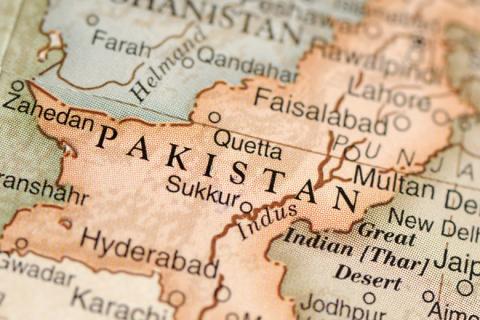