Top 10 universities in the world for computer science degrees

Scroll down for the full list of best universities in the world for computer science.

Studying computer science is a smart bet in today’s world, as the career opportunities for tech-savvy graduates are expanding every year.

There is also an extensive choice of universities when it comes to deciding where to study the subject.

Some 891 schools feature in the ranking for computer science by Times Higher Education this year.

Computer science degrees vary in their focus and specialisms. Some courses are very theoretical, while others are more focused on programming.

The ranking uses the same methodology as the World University Rankings, but with slightly higher weighting given to the innovation metric and lower weighting for citations. The full methodology can be found here.

Scroll down to find out what you can do with a computer science degree.

-ETH Zurich dates back to 1855, just a few years after the formation of the federal state of Switzerland.
-Created as a centre for scientific knowledge and innovation, it remains a top institution for a range of subjects.

ETH Zurich has a history of developing software and designing computer systems. Eventually, these projects called for a dedicated computer science department, which was created in 1981.

There are close relationships with other departments within the university and with partners in business and industry, such as IBM, Microsoft, Google, SAP and Disney, with which the university collaborates on research projects.

-The undergraduate computer science course at the University of Cambridge teaches a core selection of modules that provide students with the foundations of the subject in the first year.
- In the second and third years, students are able to specialise in their own choice of modules.

All aspects of modern computer science are covered in the comprehensive programme, along with the underlying theory and foundations in economics, law and business.

Students will also develop practical skills, such as programming in various languages including OCaml, Java, C/C++ and Prolog.

There are more than 1,000 specialist computing and advanced technology companies in the area where students are often able to gain work experience.

-The department of electrical engineering and computer science at the Massachusetts Institute of Technology confidently declares: “Our students change the world”.
-Many of its alumni feature on lists of influential entrepreneurs making an impact at home and abroad.

Students are encouraged to develop start-ups, and research projects have explored problems such as calculating the financial risks of renewable energy and developing faster parallel computing.

Graduates go on to design video games, work on supercomputers, research robotics and often join big companies such as Google and Microsoft.

The department undertakes research in many areas, including artificial intelligence, robotics, foundations of computer science, scientific computing and programming systems. There is also a strong emphasis on interdisciplinary research across chemistry, genetics, linguistics, construction and medicine, among others.

The home of the computer science department is the Gates Computer Science Building, named after Bill Gates, who donated $6 million to the project.

-Although computer science is a relatively modern discipline, the University of Oxford has one of the oldest departments in the country, formerly known as the Oxford University Computing Laboratory.
-Since its beginnings, the department has provided lectures for undergraduates and trained research students at postgraduate level.

Like other students, computer science students – whether undergraduate or postgraduate – belong to one of Oxford’s colleges, where they live, eat, socialise and study.

Women in STEM: stories from MIT students
Studying at POSTECH, South Korea
Caltech: ‘uniquely difficult but a wonderful place to study’
Keeping up with coding
Women in STEM: ‘I hope that one day the tech sector will be more diverse’

Click here to view the full ranking for computer science 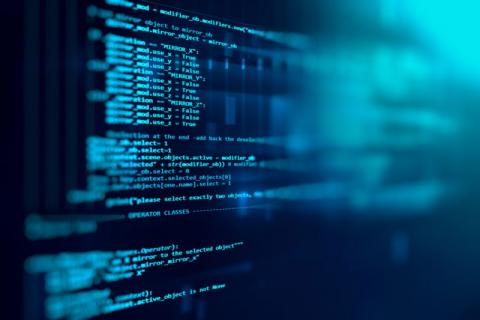 CTA
Land your dream job when you graduate