How do I choose a master's?

It’s that time of year when university departments all over the country open up their doors in a bid to recruit students and graduates onto one of their Masters courses. But, with so many institutions, and even more courses, there’s a vast amount of choice out there, which can often make thinking about postgraduate study a very overwhelming and difficult experience.

A year ago, I was in the final year of an English degree at Queen Mary University of London, on a course and in a department I loved, and unsure where I was heading next. I knew I wanted to carrying on studying English and apply to do a master's – but where, and exactly what in, were much harder decisions to make.

There’s no right way to choose a master's, and it’s very much down to you. For that reason I hope the advice I offer (as well as that which those around you give) will help to guide the questions you ask when thinking about where and what you want to study, rather than being a definitive ‘answer’ to the question, How do I choose a master's?

When to do it

I graduated from my BA in July 2015 and enrolled for my master's in September, having never been out of education. This has worked for me, since I felt particularly energised by the end of my degree to move on to tougher study. Some people, though, are certain that they need a break from education, finding that work suits them much better at that time.

My master's class is made up of people of all ages; it’s a case of when’s best for you as a learner. If you’re leaving your degree at the top of your game in terms of grades, you might be especially successful moving straight onto a Masters. Alternatively, taking time to think over what you really want out of postgraduate study, preparing yourself for what is an intense year, is an entirely sensible choice. Momentum is the key issue. Do you feel you’ll struggle to raise the motivation needed to return to academic life if you take some time out?

When I began applying for a master's I was very restricted in my outlook, assuming I knew exactly what I wanted and where I wanted it to be. I was sure I wanted to avoid Oxford and Cambridge, since my favourite options were modern literature and critical theory, subjects which drew me to institutions like Birkbeck, Glasgow, and Sussex. Remaining open-minded, however, is fundamental to the search. After I abandoned some of my prejudices and started thinking a little more expansively about the courses, Oxford actually became one of the main contenders.

Although master's courses may have similar titles – many that I came across, for example, are variations on "Modern and Contemporary Literature and Culture" – each one is very particular and will reflect each department’s interests. I learned to make the programmes and the departments my point of focus, rather than ideas I had about the institution, and I found this was a much more fruitful way to pin down what exactly I wanted as a postgraduate student.

Can you see yourself learning here?

A postgraduate course tends to have a much smaller cohort than an undergraduate degree, and is often plugged into the department’s academic community in a way that the bachelor courses are not. It’s really worth seeing if you’d fit in with that department and if there’s plenty of opportunity for socialising, networking, and, most importantly, free wine. Check the websites or ask at open events if there are research seminars, if visiting speakers come in regularly, and if the department holds conferences.

Also think about the kind of research you’d like to do – does it fit or complement the work that the department produces? Similarly, you might feel drawn to particular scholars or ‘star academics’ and their modules. This is no bad thing, but academics do have a habit of moving around, whether going on leave or transferring to other institutions. Think about the department – and the programme of study – as a whole, rather than basing your decision on individual academics or modules.

Do they want you to learn here?

Some institutions simply do not make the effort to recruit students, because they feel their prestige is enough to draw all the fresh talent towards them. And they may be right. But I’d guess that it’s much nicer to be part of an environment that puts a lot of energy into the procedure, and makes itself available to you for any questions or enquiries you may have.

You will be expected to sell yourself in your application, but you should expect an institution and a department to sell itself to you just as persuasively. It’s up to you to do the door knocking, and research those courses, but it’s a good sign if departments make time for you to learn more about the course in order to make your decision. You may be making quite a heavy financial commitment to enrol on a Masters, so be confident and tenacious in investigating your options.

Byline
Charlie Pullen
Related content
Where did you grow up? It could affect your choice of US university
Tips for choosing and applying to universities
A day in the life of a UK university student
European universities compete with US in Arts and Humanities
Section
Advice
Featured image
Image 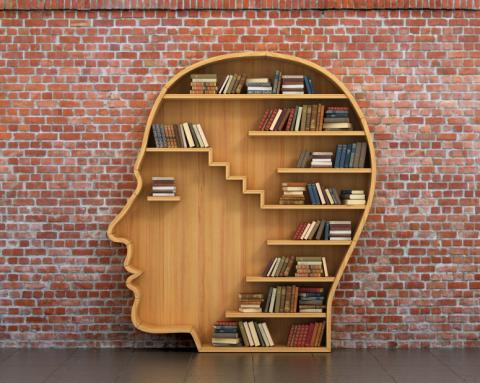 Blogger Charlie Pullen, studying for a master's degree at Queen Mary University of London, guides you through the difficult decision process.