What can you do with a linguistics degree?

Linguistics is the scientific study of language. It involves analysing the many different aspects that make up human language by looking at its form, structure and context. Linguistics also looks at the interplay between sound and meaning, and how language varies between people and situations.

A degree in linguistics can open the door to many careers owing to the emphasis on critical thought, analysis and communication skills.

What do you learn in a linguistics degree?

Linguistics degrees cover a multitude of topics relating to the analysis of language and the way it is structured. They can also cover the way that language changes over time, how it varies between different groups of people and situations and how people learn or acquire language.

The first year of your course will focus on an introduction to linguistics, including grammar, meaning (semantics), syntax (sentence formation), sounds (phonology) and words (morphology). The course content for the second and third years of study will vary widely between universities but can cover anything from typology, experimental phonetics, language acquisition, child bilingualism, modern foreign languages, the study of regional speech, the history of language and neurolinguistics, among many others.

Some universities will offer the option of international study in the second or third year.

It can also be studied as a joint honours degree as it complements many other subjects.

The ability to think critically and analytically are some of the main skills acquired, along with the presentation of ideas, and good communication and quantitative skills.

What should I study at secondary school if I want to do a linguistics degree?

Not many schools will offer linguistics courses so a good grounding can be obtained through English literature and language, communication studies, a foreign language, psychology, sociology and philosophy.

Most humanities and essay-based subjects will prepare you well for the critical and analytical aspects of a linguistics degree.

Some universities may recommend an arts/science mix to reflect the scientific side of their course.

What do people who study linguistics do after graduation?

The skills acquired during a linguistics degree can be adapted for most industries.

Direct career paths that can be followed are: lexicographer, speech and language therapist, languages teacher, copy editor, proofreader or a role in communications.

Other career paths may include, but are not limited to, the civil service, marketing, journalism, law and IT.

Further study can also be undertaken to help prepare for more specialised roles or to enhance linguistics knowledge.

Linguist, philosopher and author Noam Chomsky is perhaps the most well-known linguistics graduate, and is often described as the father of modern linguistics. He has published many books on the subject and also on philosophy, sociology and politics. He is currently professor emeritus at the Massachusetts Institute of Technology.

Another famous linguist is Mikhail Bakhtin, a Russian philosopher and literary critic, well known for his analysis of the works of Fyodor Dostoyevsky. Many of his theories around language have influenced Western thinking in linguistics and literary theory. 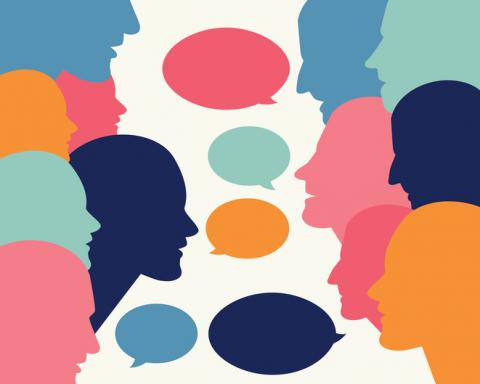 Why study linguistics? Our essential guide to what you will learn on a linguistics course, the subjects you'll need to study to obtain a place on a degree programme and the jobs that will be open to you once you graduate