What can you do with a law degree?

What jobs can you get with a law degree?

Although many law graduates pursue a career as a solicitor or a barrister, there are several other logical career paths that are available to those with a degree in law. The public sector, politics, business and education are other areas where a law degree can lead to an interesting career.

Some common careers for law graduates include

Law is the rule book by which states govern and people must live their lives.

The law has often been found to be restrictive or even immoral, but when applied correctly and ethically it is nothing less than the moral fabric that holds society together.

It is the responsibility of the state to see that criminal justice be served and that people pay the penalty for the offences they have committed.

Law is also the arbiter of civil disputes and is designed with the intention that either claimant or defendant shall receive the settlement they deserve.

The law may also be applied to business, ensuring the legality of contracts and ethical behaviour. Perhaps the most important role of all in law is not when it is applied to individuals or companies, but when deciding if political decrees themselves are legal and constitutional in the eyes of the state and the world.

Given the importance of the law across society, government and business, studying law can open you up to a range of career opportunities. A law degree remains one of the most versatile university qualifications one can hold when looking for employment.

What should I study to do a law degree?

Common subjects studied by law applicants include English language or literature, or a humanities-based subject such as history, philosophy or another language.

These subjects require a student to eloquently argue their interpretation of a text in an essay format, which makes for an ideal segue into argument within a legal framework.

They also promote a heightened level of language, an essential skill when reading and understanding the law itself.

If a school is offering a course in law outright then a student may be advised to take it up, but many university courses do not take prior law education into account as they prefer to teach the subject from a starting position.

Preferred subjects and required grades will differ depending on the specific law course and university you apply to, so be sure to check individual university websites for more details.

How do I decide between doing a master’s or joining the workforce?
How to become a lawyer

What can I expect to study on a law degree?

The first year of a law degree will be centred around giving a student a strong foundation in the legal frameworks of both the nation of study and in international bodies such as the UN and the European Union. Core modules may include tort law, contract law and the relationship between the individual and the state prosecution service.

In later years a wider selection of courses will be available, and you may specialise in a particular area such as family law, constitutional law, criminal law or human rights.

A core undergraduate degree in law, or an LLB, will last for three years and can be extended to four if a study abroad option is also available.

A master's degree in law, also known as an LLM, is a four year course. All stages of law training will be graded on a combination of examination results and papers and a university course can conclude with a lengthier dissertation.

Legal training can be a lengthy process, with the path to becoming a solicitor taking at least three to six years dependent on whether you have a pre-existing law degree.

However, there are options available for those who are considering pursuing a career in law but are also interested in studying an unrelated bachelors, as many universities and companies will accept students onto law conversion and graduate law courses who have not studied the subject before.

One reason for this is a prevailing philosophy that there is a gulf between the academic study of law and the actual practice of it, that once you have proved a penchant for academic dedication and working under pressure the necessary qualifications can follow.

What do people who study law do after graduation?

The most well-known route for law graduates is to become a solicitor or barrister, which can lead to such esteemed positions as head of a legal firm or a judge.

Outside of handling criminal and civil cases there are a range of legal jobs you could do, including licensed conveyancer, which involves drafting contracts and representing clients when buying and selling property.

However, the communication, critical judgement, and research skills you will gain in a law degree also transfer to a range of industries. You may go into finance, insurance or accountancy, or follow the footsteps of many law graduates into politics, either as a government figure or member of a think tank or research institute.

Since most industries need an understanding of the law to operate, many graduates will use their legal knowledge to transition into another sector they are passionate about.

Georgia Eriksen studied law with French law at the University of Bristol and used the legal knowledge she gained, coupled with her interest in the environment, to pursue a career in nuclear energy.

“My undergraduate course included a year abroad at Sciences Po in Paris,” says Georgia. “While there, an opportunity arose through my professor to join the communications team for the Global Pact for the Environment, a legal initiative bringing together NGOs, activists, lawyers and scientists to encourage different countries to recognise our environmental rights,” she adds.

After graduating with her LLB in 2019, Georgia returned to Paris to pursue a master’s in environmental law at Panthéon Sorbonne University – Paris 1 as a recipient of the Entente Cordiale Scholarship from the Franco-British Council.

Now, she works as an intern for the legal counsel of the Nuclear Energy Agency at the OECD, which provides legal advice to countries regarding liability and insurance issues surrounding their nuclear energy initiatives.

“I’m not necessarily looking to stay in law in the future, I may transition into different role in the energy field,” says Georgia. “Either way, it was my background in law that led me into the energy industry. My master's degree was also very broad, meaning I could study modules in finance and strategy, which helped broaden my horizons," she adds.

Other well known legal professionals include human rights lawyer Amal Clooney (New York University) and Robert Kardashian (University of San Diego), who represented OJ Simpson at his 1995 murder trial and is father to Kim Kardashian, who also began studying for  a law degree in 2019.

Studying law can also be a stepping stone towards a highly successful business career, as evidenced by brake line manufacturer and self-made billionaire Heinz Hermann Thiele (LMU Munich) Or it could lead to the acquisition of a football team as in the case of Chelsea football club chairman Roman Abramovich (Kutafin Moscow State Law University). 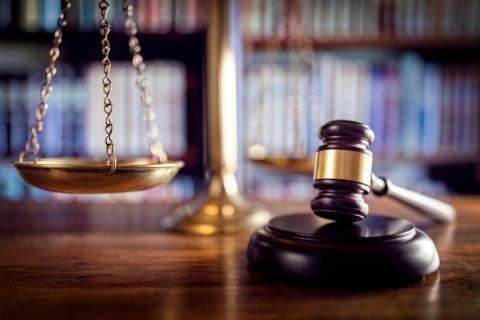 Law graduates are in high demand with employers due to their strong legal knowledge, critical skills and the ability to work under pressure