What can you do with an astronomy degree?

Astronomy is the branch of science that studies the universe, the stars and the planets. Astronomy combines aspects of maths and physics to study how the universe was formed and the celestial bodies that are contained within it. It is the oldest of the natural sciences.

What do you learn on an astronomy degree?

Astronomy degrees are a combination of learning theory about the universe, and spending time actually observing the skies.

In the first year students will gain a basic understanding of the core principles of astronomy. Typical modules will include observational astronomy, the solar system, cosmology, geochemistry and geology.

The second and third years will cover the key aspects of astronomy in greater depth and will involve further training in using optical and radio telescopes. Typical modules can include geophysics, astrobiology and petrology. In the third year possible modules may include numerical and computational methods, thermal and statistical physics. Some universities will also offer the option to carry out a group or individual project.

Degree programmes can span from three to five years depending on whether a BSc or an MSc was selected.

Some universities will only offer astronomy as a combination with astrophysics or physics degrees and it is also possible to study astronomy as part of a joint honours course.

What should if I want to study an astronomy degree?

What do people who study astronomy do after graduation?

Many people who study astronomy at university will end up in research-based roles and lab-based work in universities and academia.

Others will go on to work in observatories, planetariums and museums developing the displays, delivering workshops for visitors, maintaining the technology and carrying out research. Astronomy graduates can also pursue jobs in the government and in the aerospace sector.

Edwin Hubble, regarded as one of the most important astronomers of all time, studied at the graduate school of the University of Chicago’s Yeukes Observatory and obtained his PhD in astronomy from there. He is most well-known as being the namesake of the Hubble Telescope which has helped to make more precise calculations about the age of the universe. He is also credited as having discovered that galaxies do not sit stationary in space and that there are many more galaxies than just the Milky Way. 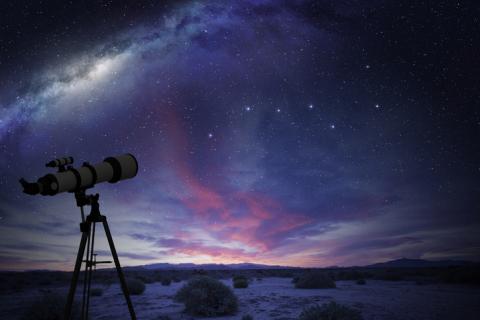 An essential guide to what you will learn on an astronomy course, what you should study to get your place on a degree, and what jobs you can get once you graduate