I was once a student at a dilapidated government school in rural India. I dreamed of becoming many things; perhaps a soldier, a clerk or a government official. Had it not been for a giant book fair where I chanced upon the Spanish novel La Familia de Pascual Duarte (The Family of Pascual Duarte), by Camilo José Sela, translated into my mother tongue, Hindi, I might well have ended up doing something else.

That book made me fall in love with Spanish literature and Spain and during my years as an undergraduate student of Spanish at the Jawaharlal Nehru University in New Delhi, I visited Spain twice and tried to soak up as much of the culture as I could.

I was very excited when I realised that I had a place, not just because I was on the scholarship but also because I was going to explore the least-known region of the Iberian peninsula, Extremadura. It was once the land of the daring conquistadores.

Extremadura is notorious for its scorching summers and harsh winters accompanied by wind and rain. However, its parched landscape turns into beautiful scenery during the spring. There are vast spreads of dehesa, a term used to describe the centuries-old grasslands populated by thin forests that shelter the famous black Iberian pigs.

During my stay in Extremadura, I made friends from all over Europe and Latin America, as well as from Asia and Africa, through the Erasmus Mundus scholarship programme.

Let’s talk about the academic aspect. The moment you arrive at the campus, the international office is always there to help you. For some students, the bureaucracy and form-filling required may appear daunting. However, everything is computerised now, and the process is extremely rapid – in some cases, a mere phone call to the office does the job. For me, 90 per cent of the paperwork was done via email or phone. This would never have happened in India!

Perhaps the most exciting and engaging element of the Erasmus programme is the local section of the Erasmus Students’ Network (ESN), which helps incoming students immerse themselves in the local culture. Run exclusively by student volunteers, with support from the local university and the European Union, it organises get-togethers, city tours, nights out, picnics, hiking outings, weekend trips and many more things. For many students, the ESN life turns out to be their real Erasmus experience.

Everyone says that you are not the same person after going on an Erasmus exchange, and I can vouch for this. I now keep in touch with all the friends that I made through Facebook or other social media now that I have returned to India to continue my studies in Hispanic literature. 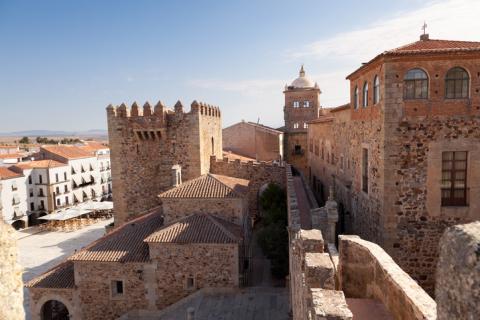