How do university admissions officers think about English proficiency tests?

For many university admissions teams, the pandemic represented a major shift in how they approached assessing candidates’ English-language abilities. Where once international students would flock to testing centres, they were now compelled to take these tests from home. At the same time, test providers needed to ensure their assessments were fair, secure and accessible to a diverse range of students.

The aim is still to discover whether a student will thrive in the classroom environment, explains Beau Benson, senior associate director for international recruitment at Northeastern University. “Most students will need to be comfortable with rapidly spoken English in the classroom, so we aim to assess students in a way that reflects their experience on campus,” he says. “You don’t want their language skills to hold them back, so they’re not having to translate words in their head before they say them.”

Northeastern offers a six-month work placement programme with Fortune 500 companies so, Benson says, “academic English will be of limited use”. A language immersion programme is available but it helps to have a strong base of “real-world” language to start.

Marco Dinovelli, assistant vice-chancellor of undergraduate admissions at Rutgers University, adds that English proficiency is important for life outside the classroom. “To me, the purpose of the test is whether it can show that the student can communicate in a way that means they can not only be successful in class but in office hours, their interactions on campus, talking to a resident adviser or getting involved in campus activities,” he says.

Practising English writing, speaking and listening in day-to-day scenarios can be more useful preparation than learning vocabulary by rote, Dinovelli says. The Duolingo English Test adapts to the student’s ability as they move through the test so universities can get a more realistic view of real-world ability.

There will naturally be a lot of pressure to perform well in the test as it can be one of the final hurdles before being accepted by a university, and many students are tempted to take it multiple times.

“So many students put pressure on themselves to get a perfect score and end up over-testing,” Benson says. “If they’re not getting it on the second or third attempt, there may be a disconnect and they should perhaps consider a more immersive programme. We see some students taking it 25 times but ultimately scores aren’t that different, or not enough to warrant a different admissions decision.”

Another common mistake is allowing the high-stakes nature of an English-language admissions test to get to students, says Dinovelli. “You can study too much and try to cram too much in,” he adds. This can lead students to prioritise passing the test over developing a strong English-language proficiency. “If they’ve taught themselves to take the test, they’re setting themselves up for failure once on campus,” Benson concludes.

The students that perform well are those who – above all – communicate well by knowing how to put words together, even if without a perfect accent. “It’s about practising the language rather than trying to figure out the questions you’ll be asked,” Benson adds. 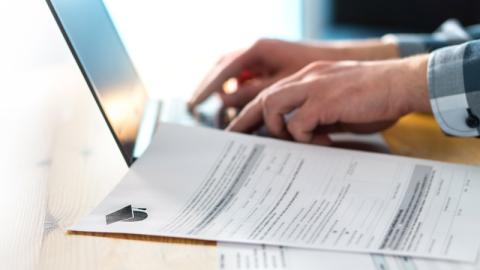 Admissions teams look through thousands of English-language proficiency tests every year. What advice do they have for prospective students taking the Duolingo English Test?