Duolingo English Test (DET) certification is accepted by more than 4,000 institutions around the world for admission to undergraduate and postgraduate programmes. “Because it is a relatively inexpensive and very accessible test, it’s easy to take and get your results quickly,” says Ian Riggins, support operations manager at Duolingo. “Within 48 hours, you can have your English-language proficiency certified to use on applications.”

The DET is one of the first high-stakes English proficiency tests that can be taken online, making it a convenient and affordable option. Before taking the remote test, there are some important factors to consider to ensure that your test session isn’t cancelled. The most common types of rule violations are accidental, Riggins explains, so it’s crucial to make sure that all the test conditions are met before you begin.

We have outlined five rules to follow when taking the DET to ensure you get a certified result.

Avoid looking away from the screen

Your webcam will be active throughout the test to monitor your activity. “Our proctoring team knows that even if somebody is taking a test by themselves, they might be looking around or might look down to type,” Riggins explains. “But we recommend people try to look at their screens as much as possible to ensure that our proctors know you are not using any outside resources.”

Take the test in a private space

Being in a private space is necessary to avoid having your test session cancelled. “We recommend that people make sure they have 60 minutes of quiet, private time to take the test,” says Riggins. “They should tell the people they live with or near that they’re taking the test, or even hang the official ‘I’m taking the Duolingo English Test’ sign on their door.” If your area is particularly loud, Riggins recommends taking the test early in the morning or later in the evening if those times are likely to be quieter.

Close other programs or apps

Before beginning the test, quit any other programs or apps that are open on your computer. Riggins says people sometimes have programs like the spelling app Grammarly running and don’t realise it until their test session is cancelled.

“We recommend people completely uninstall these before taking the test and force-quit any other applications running in the background,” Riggings advises.

Proctors are on the lookout for prepared answers. To give a true picture of your English-language proficiency, your answers need to be spontaneous, in your own words and unscripted. Avoid rehearsing phrases too much, and try to answer the question in front of you rather than repeating what you’ve practised.

The best way to avoid these issues and enter the test feeling prepared is to take the free, 15-minute DET practice test. “We recommend people take the practice test first,” Riggins says. “You can take it as many times as you like. You’ll get to know the flow of the test and how to respond to questions, and know when you should be typing and when you should be speaking.”

A score estimate is given at the end of the practice test, which will give an idea of the range you might achieve with your official score on the 60-minute test.

If any issues are flagged during an official exam, the test taker will be notified within 48 hours. Riggins explains that in most cases, the user will be able to take the test again at no cost, depending on their testing history and the rules that have been violated. 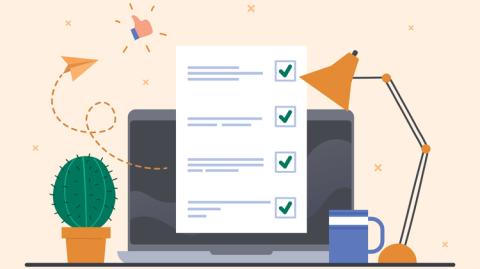