Covid-19 memoir: how I returned home as a Chinese student studying overseas

No time to wave goodbye to the enchanting city of Bordeaux where I had lived for seven months, nor to set foot again in the bakery where I went for baguettes. The coronavirus outbreak had brought my exchange year to a halt.

But not unexpectedly, to be frank.

Let’s go back to the afternoon of 24 January, when we were informed that the virus had “landed”. The first contamination in Europe was confirmed in Bordeaux, where I was supposed to spend my entire third year, as well as my first Chinese New Year’s Eve alone that very night.

Concerns among Chinese classmates and our parents at home began to grow as the number of cases soared above 100 in France. From 2 March, my daily online communications became overwhelming.

On the one hand, relatives and schoolmates in China bombarded me 24/7 with startling headlines ranging from the severity of the epidemic to mask discrimination and racism, urging me to return. On the other hand, we Chinese students addressed several petitions to our respective universities, advocating immediate reorganisation of classes, such as remote learning, to protect ourselves from the risks on busy public transport. No positive response, however, until the official announcement on 12 March of total school closures within French territory.

I felt so conflicted and everything felt surreal. Worries seemed confined to the cozy compound where we clustered. On my trips to the grocery store, it was simply out of place to wear a mask with people still wandering around without one.

I secured my plane ticket to head back to China on 11 March. One comforting moment in this downbeat period was the arrival of masks mailed from our Chinese faculty.

I was invited to a WeChat group called “communication group for returnees”. There, our teacher in China told us of the latest adjustments made by the two universities that had organised our year abroad. He also constantly posted our departure and arrival information, so that those who took later flights would have a better idea of what to expect.

It took me some time to suspend my rental contract, make arrangements with various agencies, and stuff two suitcases with as many necessities as possible. It was an emotional rollercoaster of a week of waiting that felt like a century.

First came the news of classmates who had been refused at some airports because of border controls. Then followed numerous flight cancellations. My friends spent two days trying to reach quarantine hotels – a recent policy change on self-quarantine for returnees to China. Some needed multiple flight changes just to get back.

The last straw was President Macron’s speech on 16 March which, by commanding self-quarantine, frightened away my airport ride reservation; and by ordering European border closures, left me with two sleepless nights, my eyes fixated on my flight updates and ears attached to the cellphone calling taxi companies.

The next thing I remember was an eight-hour sound sleep, surrounded by scrupulous flight attendants wearing goggles, masks and gloves. After filling in several paper and digital forms about health conditions, I finally landed safely at 5.45am.

We were guided off the airplane in groups of 20 to 30 people by hazmat-suited medical workers. I had three temperature checks via different technologies and underwent a free nucleic acid test on the spot. Every step was undertaken seriously and methodically while passengers waited patiently and compliantly.

Exhausted but reassured, my 14-day quarantine kicked off on 19 March. With meals ordered on apps and efficient deliveries, some have even jokingly expressed reluctance to have to end this once-in-a-life-time experience on WeChat Moments.

As I wrote these lines on a subtropical evening, a bellman was delivering tower fans to room after room. Central air conditioning was shut down for quarantine, so this considerate detail among many others enabled me to concentrate on my third online course.

After Zoom, Skype and Collaborate Ultra, one more e-tool to discover: Microsoft Teams, together with 50 classmates scattered across China, who have lived through more or less the same ordeal as me, hoping and struggling to get back.

Read more: International perspective: a Chinese student in Canada during the coronavirus outbreak 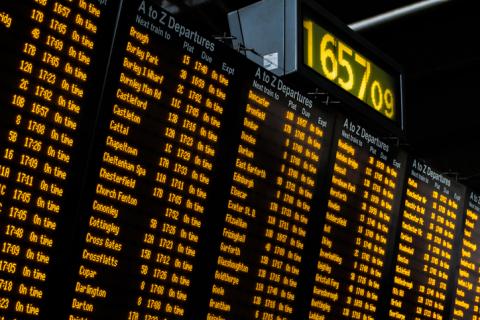 After the coronavirus outbreak hit France, Chinese student Yuzhen Xie had to cut short her year abroad and find a way to return to China amid travel bans