Are you considering making the move to study in the multicultural megalopolis that is London? You aren't alone. London is one of the world's great capital cities, from its rich cultural history, making it one of the most popular tourist destinations, to its bustling shopping areas and world-renowned financial district.

If you are going to study in London, however, you will need to know which of its many universities is right for you. There are about 40 institutions in and around London, all with different strengths.

Below, are the best universities in London based on the Times Higher Education World University Rankings 2022.

Imperial College London is a leading research institute that established enduring teaching and research traditions in medicine, science and engineering. It was founded in 1907 after a merger between the Royal College of Science, the Royal School of Mines and the City & Guilds College.

Imperial’s main campus is located in central London in the London Borough of Kensington and Chelsea.

The university, which awards more than 6,000 degrees every year to students from more than 125 countries, aims to come up with different approaches for dealing with global challenges through focused interdisciplinary research, and by combining knowledge from academia and industry. Notable Imperial graduates include 29 Noble Prize winners, including the founding fathers of contemporary antibiotics Sir Alexander Fleming and Sir Ernst Boris Chain.

Founded in 1826, UCL was the first higher education institution established in London. It is located in the heart of Bloomsbury in London’s West End, home of famous theatres, tourist attractions and government bodies. UCL calls itself "London’s global university" because its multicultural campus attracts students from more than 150 countries, and its partnerships with 300 foreign institutions.

UCL is affiliated to some 29 Noble Prize Laureates among its alma mater, including radioactivity pioneer Otto Hahn as well as English political economist John Stuart Mill.

As a world leader in social sciences since 1895, the London School of Economics and Political Science (LSE) is a global hub of academic discussion. It regularly hosts lectures given by some of the most influential politicians of our time.

Offering 36 undergraduate and over 140 postgraduate and doctorate degrees in 25 departments, LSE’s rich academic portfolio covers the whole spectrum of social sciences disciplines from anthropology and sociology to accounting and finance.

LSE has students from about 140 countries all over the world, and about 16 Nobel Prize Laureates among its alumni.

LSE’s academic facilities include over 200 research centres including the Centre for Economic Performance and the Centre for Women, Peace and Security.

Established in 1829 with a decree by King George IV and the Duke of Wellington, King's College London remains among the most respected higher education institutions in the UK and worldwide.

Its main campuses are situated on the Strand in the heart of London, a short walk from the Houses of Parliament, Waterloo Bridge and Guy’s Hospital.

Students from all backgrounds are among the 28,000 people who form the institution's student community. Notable graduates and faculty members of King’s include 12 Noble Prize recipients, such as virologist Max Theiler for developing a vaccine against the yellow fever, and biochemist Frederick Hopkins.

Queen Mary, University of London can trace its roots back to 1785. The university was founded as a result of the gradual merger of four medical colleges: London School of Medicine and Dentistry, The Royal Hospital of St Bartholomew, Westfield college and Queen Mary College.

Queen Mary’s main campus can be found in Mile End, in East London. It features affordable student accommodation, and is also located in close proximity to the areas landmarks - including Brick Lane and Spitalfields Market.

Other branches of the university, including Charterhouse Square, Lincoln's Inn Fields, West Smithfield and Whitechapel can be found across central and east London.

A year in London: final reflections on my year studying abroad
Student life in London: culture and cuisine
Why I love studying in London
10 things every foreign student in London should know
International perspective: a Malaysian student in the UK 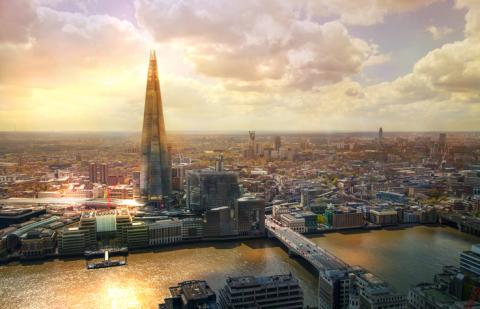 Find out all about London's top universities, and explore their world university ranking performance