Despite Brazil being the most-represented country in the ranking, the top university for the third consecutive year is the Pontifical Catholic University of Chile; Brazil’s University of São Paulo comes in second place.

Chile is another good choice for students looking to study in Latin America, with 30 universities in the ranking. Other countries with a strong presence include Colombia (29 universities) and Mexico (26).

The rest of the top five comprises the University of Campinas (ranked third), the Universidade Federal de São Paulo (UNIFESP), in fourth place, and the Monterrey Institute of Technology, in fifth position.

Founded in 1888, the university originally taught law, mathematics, legal sciences and physical sciences. However, the course catalogue has since expanded to include subjects such as theology, philosophy, commerce and technology.

Four of the university’s campuses are located in Santiago, Chile’s capital and its cultural, political and financial centre, home to the headquarters of many multinational companies.

The fifth campus is in Villarrica next to the city’s lake.

The university has many recreational activities and facilities, including museums and galleries, two theatres, a cinema, a TV channel and an orchestra.

Five hospitals are also affiliated with the institution, including the University of São Paulo Medical School Public Hospital, which is a major training hospital for the university’s School of Medicine.

Although the university is one of Brazil’s youngest (it was founded in 1964), it has established itself as a primary medical and scientific research centre. The institution is responsible for about 15 per cent of academic research conducted in Brazil.

International undergraduates will need to sit an exam before acceptance. The exam requires prospective students to have a good grasp of Portuguese.

Neither Brazilian nor international students pay tuition fees, as is the case in all state-run universities in the country.

Universidade Federal de São Paulo (UNIFESP) is located in the state of São Paulo in Brazil.

The university was established to provide teaching and learning in the health sciences, but from 2005 it began to offer courses in areas such as the humanities, computer science and engineering.

The university has six campuses.

The Monterrey Institute of Technology is a private university system founded in 1943 in Monterrey, Mexico. Today, it has 29 campuses across 25 cities.

It offers undergraduate, master’s and PhD programmes across disciplines such as engineering, management, social sciences, arts, science and medicine.

The university encourages students to study abroad for a period of time. Students at the university represent more than 70 nationalities.

The 50 top universities in Latin America 2022 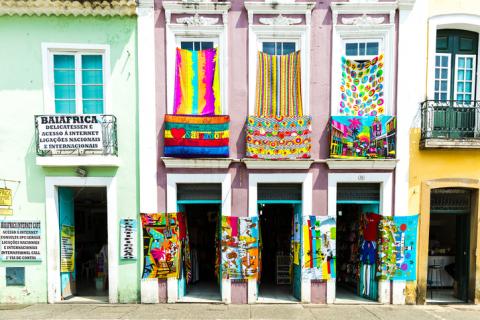