It boasts more than 7,200km of coastline, 2,000 beaches and the world’s largest rainforest (and a quarter of the world’s total rainforest area). Anthropologists estimate that there are 60 undiscovered tribes in these dense jungles.

Its cities are similarly world renowned – from São Paulo, the largest city in the world, to Rio de Janeiro, home of the 2016 Olympic Games, to Brasilia, the utopian-esque capital designed by Oscar Niemeyer – there is no end to its urban treasures.

A member of the BRICS group, it is among the world’s fastest growing major economies, with economic reforms that are constantly pushing it forward on the international stage.

Opportunities for travel within the country are inexhaustible, but Brazil is also a great springboard for exploring neighbouring attractions such as Buenos Aires, Patagonia, Machu Picchu and the Andes.

Below are some of the best universities to study at in Brazil based on the Times Higher Education World University Rankings 2022.

Founded in 1934, the University of São Paulo was the result of the collaboration of the Faculdade de Direito do Largo de São Francisco (Law), the Polytechnic School (Engineering) and the Escola Superior de Agricultura Luiz de Queiroz (Agriculture).

It is Brazil’s largest public university and one of the biggest higher education institutions in Latin America. The city of São Paulo is home to four of its 11 campuses; the others are in Bauru, Lorena, Piracicaba, Pirassununga, Ribeirão Preto and two in São Carlos.

The university campuses include 70 libraries, five affiliated hospitals, 24 museums and galleries, two theatres, a cinema and its own student-run TV channel. A large proportion of Brazilian scientific papers are produced at the university, too.

Opened in 1966, the University of Campinas is based in the São Paulo state region, although it has affiliate campuses in Limeira and Paulínia.

It has established itself as a primary medical and scientific research centre and produces a large amount of patented material.

International undergraduates will need to sit an exam to gain admission, which will require a strong understanding of Portuguese.

The most common airport for international students to fly into is the Guarulhos International Airport, about 135km from the Campinas campus. Campinas is known not only for its temperate climate – it is on the Tropic of Capricorn – but also for its wide range of cultural centres, such as dozens of cinemas and bars, known locally as “barzinhos”. 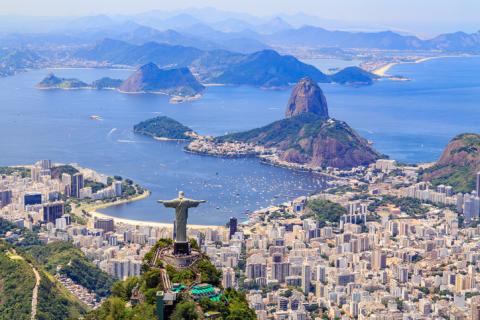