Scroll down to view universities in the top 150

The rankings, now in their sixth year, were produced in partnership with Japanese education company Benesse.

The Japan University Rankings are calculated based on four broad “pillars” (resources, engagement, outcomes and environment) covering 16 performance indicators. They differ from the THE World University Rankings in that they are more focused on what institutions offer students rather than on research data. Click here to read the full methodology for the Japan rankings.

Japan is a country that successfully maintains ancient traditions alongside its identity as a nation of technological innovation. This contrast can also be seen in the country’s higher education institutions as they develop their research output and international outreach while preserving Japan’s culture and values.

Kyoto University is spread across three campuses in Yoshida, Uji and Katsura. It is one of Japan’s oldest universities and is consistently ranked highly in Asia.

The university was initially made up of colleges in law, medicine, letters, and science and engineering. Within two years, the university opened a library and a hospital. Later, it established departments of economics, agriculture and humanities, and the first graduate school was launched in the mid-20th century.

The institution has produced a number of successful researchers, including 11 Nobel prizewinners, two Fields medallists and one Gauss Prize winner.

The Tokyo Institute of Technology is a national research university located in the Greater Tokyo area.

It is the country’s largest higher education institution dedicated to science and technology. The university is organised into six schools within which there are more than 40 departments and research centres.

Nobel Prize laureate Hideki Shirakawa, co-recipient of the Nobel Prize for Chemistry in 2000, attended the university.

Founded in 1931, the university has become one of Japan’s leading universities. It is organised into 11 faculties for undergraduate programmes, and 16 graduate schools.

2. The University of Tokyo

The University of Tokyo was the first national university in Japan when it was established in 1877.

It provides courses across the academic spectrum and has 10 faculties, 15 graduate schools, 11 affiliated research institutes (including the Research Center for Advanced Science and Technology), 13 university-wide centres, three main libraries and three institutes for advanced study.

Students are taught at three main campuses in Hongo, Komaba and Kashiwa, but there are facilities associated with the university throughout Japan. The university has a slightly unusual course structure in that students follow a liberal arts programme at one campus during their first two years before transferring to another campus to study their chosen major.

The campuses are in close proximity to many of Tokyo’s cultural attractions including Yanesen, a district of temples, and Ueno Park, with its museums and cherry blossoms. The campuses also have good transport links to the centre of the capital.

Many of Tohoku University’s facilities are built around and within the ancient war grounds of the city of Sendai.

In 2009, Tohoku was one of 13 universities selected by the Japanese government to contribute to providing higher education at an international level, and the university introduced a series of degree programmes that are predominantly taught in English. 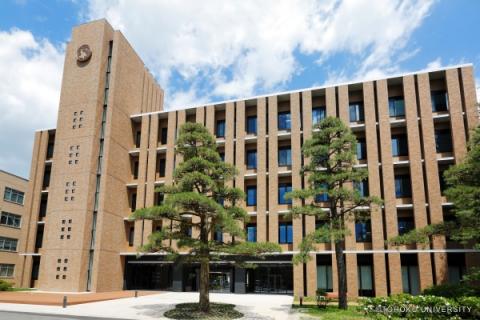