Seven things all international students should know about studying in Sydney

Home to five large universities, Sydney is a great choice for any international student. It is packed full of things to do and things to see, meaning that you’ll never be bored. The year-round sunshine is also an added bonus.

However, when moving abroad to Sydney for the first time, having a few nuggets of information in your back pocket about how to get around the city and where to find the best food is invaluable.

Have a look at some of tips below for international student moving to Sydney.

Let’s get the elephant in the room out of the way first, shall we? Sydney is expensive. It regularly features towards the top of lists of most expensive cities in the world, and the cost of living such as rent and groceries can be quite high.

But if you set up a budget and stick to it as best as you can, there’s no reason why you can’t have a great time without spending all your money. Using public transport and exploring the many cheap restaurants that the city has to offer are all ways in which you can keep an eye on your pennies.

The Australian student visa enables students to work up to 40 hours every two weeks during the academic year or full-time during the holidays, meaning students can afford to balance their studies with working and enjoying Sydney to the full, if they so choose.

Sydney is home to a range of large companies that may allow you to do some part-time work while also gaining valuable work experience in an industry that you might be interested in pursuing after you graduate.

While Sydney is traditionally thought of a beach city (and there are some great beaches!), there is so much more to Sydney than just that.

There are loads of galleries and museums for you to enjoy, such as the Museum of Sydney, the Art Gallery NSW, the Museum of Contemporary Art and many others. If they aren’t quite your thing, you can also take a harbour cruise to see the famous Sydney Opera House, walk around and take in the street art or head out of the city and explore all the different neighbourhoods.

4. But there are still great beaches

However, given the beautiful year-round weather in Sydney, you may find yourself gravitating towards the beach anyway, which is no bad thing. There is, of course, Bondi Beach, which is always worth a visit, but there are more than 100 beaches in the city, so you probably won’t be too far from a beach wherever you are.

Most of the beaches offer surfing and swimming as well as the chance to take part in a range of other water sports.

Public transport in Sydney is easy and convenient, with a strong bus, train and tram network.

As well as travelling around the city, public transport can take you out to the Blue Mountains, the Central Coast, the Hunter and the Illawarra. To travel on the network, buying a student Opal Card will allow you to pay for any journeys you take at a discounted cost simply by tapping on and off each time your use a bus or a train.

6. It’s a melting pot of cultures

Many people from all over the world have settled in Sydney, thus it has become a real melting pot of cultures. If you’re feeling homesick for food from your home, then chances are you should be able to find it in Sydney.

Head to the city’s Chinatown for Chinese food, the Spanish Quarter for Spanish restaurants and delis. Korea Town is where you can find great Korean restaurants and stores, Thai Town in Haymarket, Lebanese and Middle Eastern food in Surry Hills, Vietnamese food in Cabramatta, Bankstown and Marrickville, or you can head to Little India in Harris Park.

7. Don’t forget sunscreen and an umbrella

We’ve mentioned it already a few times throughout this article, but the weather in Sydney is pretty moderate throughout the year.

Even in the winter months (which are June to August), the weather still hovers around the 17°C mark, so you’ll always need to ensure that you have a bottle of sunscreen with you all year round. Despite this, the city can also be prone to the odd heavy rain shower every now and then, so a small umbrella would also be a good thing to keep on you during the winter months. 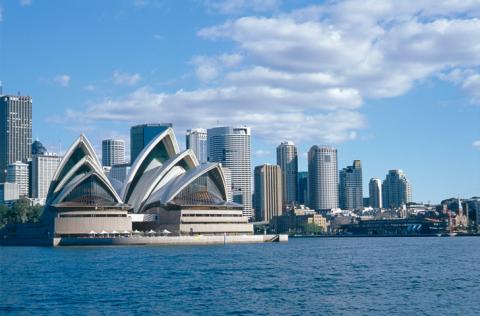