How not to write a personal statement

Some of your teachers may be giving the wrong advice about how to write personal statements for UK universities.

In some cases, teachers said that a personal statement did or did not increase the chances of the applicant getting accepted to university, while the admissions tutor responsible for those kinds of decisions took the opposite stance.

Using examples from the research, the following teachers’ tips are ones that you might want to take with a pinch of salt:

1. Start with your general motivation

This sounds like good advice: tell the admissions tutor why you want to study your chosen subject.

The problem is that if your motivation is too general, it actually sounds pretty meaningless or like a cliché.

The following opening was evaluated by a teacher, who said that it “shows clear enthusiasm for Law and links this to understanding of its role in society”:

“Captivated by the all-encompassing importance of the law in society, I am amazed at the way crime is moderated, precedents are set and how they construct the nature of the world around us.”

The teacher said that the statement overall would slightly increase the likelihood of the applicant getting an offer.

However, the admissions tutor disagreed, arguing that the personal statement would slightly decrease the applicant’s chances.

The admissions tutor said: “This is an empty opening statement with no examples cited to back it up. The weak attempt to define Law wastes space and provides no useful details about the applicant.”

This criticism sounds harsh, but the important point to remember is that if you’re talking about your own motivation, use examples and make it personal. Don’t say something that everyone will say, and don’t just define the aims of the field.

Universities are all about pushing the boundaries of what we know and understand, using original thought, examples and arguments. But since you’re at the school level of your studies, admissions tutors don’t expect too much novelty from you.

In fact, if you attempt to propose unusual or unique ideas in your statement, you might be shooting yourself in the foot. It may seem unfair, but you won’t get credit for trying if your idea just doesn’t work.

In one example, a teacher evaluated a statement as strongly increasing the applicant’s chances because it “shows evidence of wider reading”.

“Having reflected on Jeremy Bentham’s 18th century legal and social reforms, I questioned the principle of utility, as laws governed by this principle fail to fulfil one of the prime aims of the law; namely to defend the defenceless and in many cases the defenceless is the minority. This is typified by the Tony Nicklinson case, whereby he fought for his right to die, resulting in the High Court’s majority ruling against his wish for assisted suicide is evidence of Bentham’s ethics in practice.”

But the admissions tutor worried that the example rested on a misunderstanding of utilitarianism, saying: “I’m not really sure this is a sustainable claim – unclear how the case could be said to be based on utilitarian ethics.”

The tutor said that the statement slightly decreased the chances for the applicant.

A thorough, deep and personal interest in a subject, coupled with a solid understanding and demonstrated flair for your studies, is often more than enough to impress the tutors. Don’t feel the need to go above and beyond what you already know by trying something a little too out there.

3. Keep it simple and personal

Perhaps your teacher has told you to steer clear of too much technical detail and to prioritise personal details over showing off your knowledge.

This particular teacher said that the following paragraph contained “too much medical information” and was “too long and impersonal”. They reckoned that it would slightly decrease the likelihood of getting a place.

“Whilst shadowing in GI surgery, I observed a necrotic pancreatitis patient in severe septic shock who required a pancreatectomy. Communication skills were crucial when conversing with relatives as the doctor had to pitch an explanation of the treatment suitably with regard to the 50% survival prognosis and the implication of diabetes. During the operation, a pseudocyst ruptured excreting 4000ml of pus; effective cooperation was paramount as the surgeon delegated roles to ensure minimal invasive damage was caused. Encountering both clinical and social challenges of the treatment prompted me to research alternatives including autologous pancreatic islet cell transplantation. Although APICT data boasts 69% of patients gain insulin independence, NICE predominantly recommends the ‘enforcement of life change programmes’, from this I realised the crucial role of primary care services in promoting healthy lifestyles to prevent the onset of disease.”

Admittedly, that is a very long paragraph. But contrary to the teacher’s opinion, the admissions tutor felt that it “showed excellent analysis of a complex case”. The tutor said that it would strongly increase the chance of a place because “the student actually shows their understanding of communication skills rather than simply stating how important they are”. The tutor added: “The reflection at the end shows their maturity.”

If you have specialist or technical knowledge that is relevant, based on your own experience or analysis, do not shy away from using it. As long as you are confident that you have not made any unsubstantiated claims or glaring errors, you should use it to show how this insight will benefit your studies on your degree course.

Some subjects lend themselves to theorising and offering your own opinion. The key here is to know when it is relevant.

One teacher clearly did not have a full grasp on this. They said that this statement neither increased nor decreased the applicant’s chances:

“I researched psychoanalytic studies and was surprised at Ion Collas’ claim that ‘bovarysme’ is usually beneficial, while in Emma’s case it is morbid’.”

While the teacher criticised it for containing “more theory than analysis…lots of opinion and theorising”, the admissions tutor commended the statement for showing “excellent evidence of intellectual curiosity” and called it a “good account of how the applicant responded to being stretched”. For this reason, the tutor felt that the statement would strongly increase the applicant’s chances.

In psychoanalysis, literature, philosophy and many other subjects, offering your own opinion or engaging with a theory is exactly what is expected of you. As long as you ground your opinion in work that has already been done rather than simply speculating on your own (see Point 2 above), theorising is a very good way to demonstrate your potential to tutors. 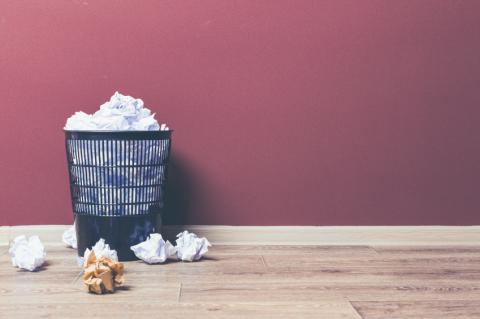 Teachers don’t necessarily give the best advice when it comes to university applications. Here are four tips you might want to ignore