Five reasons why you should study in China

Students looking to study abroad have an increasing number of options and China is becoming more and more popular, according to research from Student.com, which provides accommodation for international students. Here are five reasons to consider joining the throngs of international students already there.

1. You’ll be joining a growing trend

China is an increasingly popular destination for students from around the world, with the number of international students in China doubling in the past 10 years.

China is already the fourth most popular destination for travel generally and has the third-largest population of international students, behind the US and the UK.

This number has been growing by an average of 10 per cent a year for the past 10 years, a far quicker growth rate than any other popular study-abroad destination.

Explore the best universities in China

Gracibelt Rendon, originally from Mexico, studied in China for five years in both Beijing and Shanghai.

She says: “My experience was great; I got to meet people from all over the world, mainly from Europe and South America, but I also had the opportunity to get to know the Chinese culture and made great friendships with Chinese people.

“In my first six months, I lived with a host Chinese family in the typical hutongs, which are traditional [residential areas]. I lived with about 10 Chinese people from the same family. It was amazing as we always had dinner together and none of them spoke English so this really helped [me to] penetrate the culture.”

Choosing to study in China is a smart move for anyone looking to try something slightly out of the ordinary, while knowing that you’ll be in good company.

2. There are more options than ever

Over the past 10 years, international visitors and students have been going “deeper” into China, choosing to travel to a wider range of cities than before.

In the past, Shanghai and Beijing were the only cities where it was common to see international students.

In 2006, nearly 50 per cent of international students were in Beijing or Shanghai, but this has fallen to 32 per cent.

Today, there are 13 cities across China with more than 10,000 international students, with seven cities having more than 20,000 students.

Popular cities include Guangdong in the south of China and Liaoning, north of Beijing.

3. Chinese universities have a growing reputation

Whether you intend to secure a graduate job or continue studying at postgraduate level, the reputation of your university is important for your future prospects.

Chinese universities are increasingly well respected; the number included in major global university rankings has risen significantly over the past five years, particularly compared with the UK, which has fallen in many rankings.

In 2011, there were only six Chinese universities in Times Higher Education’s World University Rankings, whereas in 2015-2016 there were 37, more than either Canada or Australia.

4. The government is investing heavily in international students

Financial support is an important factor in the decision to study abroad and the Chinese government is offering a wide range of funding opportunities to attract international students, including more than 40,000 scholarships at 277 institutions.

In 2015, 40 per cent of all international students new to China received government sponsorship. The number of scholarships available has increased fivefold since 2006.

5. It could be great for your career

Knowledge and experience of China is an increasingly valuable asset in many industries.

As the fourth most popular destination for international travel, with nearly 12 million business trips to China in 2015, the country is growing in economic and cultural significance.

Experience of China and Chinese, which is the third most popular language to learn in the world, could give you a great career boost.

Marie Rosszell, an international student at the University of Macau, secured a job with Google in Japan partly as a result of her international experiences. Read her blog here.

Gracibelt Rendon, who chose to study in China to differentiate herself from others in the workplace, explains: “There is a saying that my friends who went to university together share, which is; if you survive living in China, you can survive and be prepared to face anything in the world.

“[The experience] allows you to be an open-minded person, ready to adapt and be flexible, which at the end of the day is what every employer is looking for. Studying in China gives you experience about how things work in this part of the world and helps you to become more independent.” 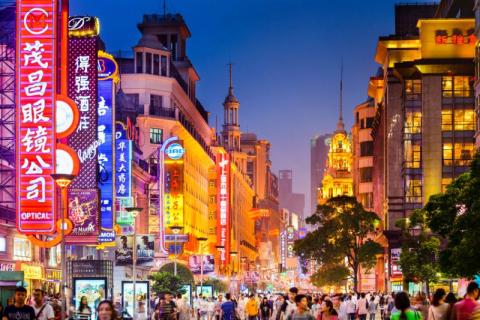 Standfirst
Research and anecdotes from students show that China is becoming more popular among international learners and that it has many benefits for graduate prospects
Country
China
Student logo
On
Display TAP Popcard?
On