The cost of studying at a university in Australia

How much does it cost to study in Australia? If you are interested in studying in Australia, one of the most important things to consider is how much everything is going to cost. This essential guide breaks down the cost of every aspect of university life to ensure that you have everything covered.

However, regions differ greatly and it is worth exploring all avenues before ruling out the possibility of studying Down Under. For example, international students can pay their fees well in advance of the term starting, which helps with budgeting during the school term.

International undergraduate students can expect to pay anything between $20,000 and $45,000 (all figures noted are in Australian dollars), or £11,140.35 to £25,065.78 Undergraduate degrees last between three and four years in Australia.

Like many other countries, domestic students will pay far less to study in Australia than international students. The contributions demanded from domestic students are capped and subsidised by the government, and many are eligible for the Higher Education Loan Program (HELP).

Accommodation costs vary, depending on the type and region: the more rural regions, in the western and northern Australian states, will be much cheaper, whereas more urban areas, for example around Sydney, will cost more, particularly if you are downtown.

In order to obtain a visa for studying in Australia, applicants will need to prove they have $21,041 (£11,723.91) per year for living costs alone, to cover one to two years. Alternatively, students need to supply proof of their parent’s or partner’s income which must be $62,222 (£34,384). Student visas can cost up to $650 (£359.19). Always check the terms of a student visa, because certain types prohibit students from working while they study.

It is compulsory to have Overseas Student Health Cover (OSHC), which costs the average undergraduate student $438 (£244) for three years. However, this will vary across providers and based on the cover that students take out.

There is a possibility that students will be charged a Student Services and Amenities Fee (SSAF) on top of their tuition fees – a non-academic fee that funds services and support programmes that can be used by all students. This varies by university and region but is typically $315 (£174.07) per academic year.

You also need to prove that you have booked a return airfare to your home country at the end of the period of study.

Some universities provide a private transport system free of charge for students to get around and there are many discount programmes depending on the state (Queensland, South Australia and Melbourne all provide subsidised transport for students).

There are scholarships and grants available for international students, but they are limited. They have tended to be offered to postgraduate students rather than undergraduate students – although this imbalance is slowly shifting. Most are based on academic merit rather than financial need.

Most scholarships are offered directly by the universities themselves, and these will be listed on their websites.

There are  well-established scholarship programmes available for international students such as the the Australia Awards, which is funded by the Australian government and covers full tuition fees, travel expenses and some living costs.

An ISIC card is well worth applying for as a student, as living costs and entertainment options are expensive in Australia. The card, which is internationally recognised proof of your student status, costs $4-25 (£2.25 - 13.81) depending on where you study and offers 20 per cent off at restaurants and cafes, cinema tickets from $11.50, 5 per cent off groceries, fuel and alcohol and 40 per cent off international airfares. 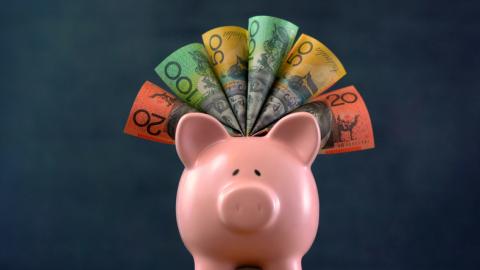 This guide outlines the cost of fees, accommodation, lifestyle and financial assistance options if you are planning to study in Australia