Top 10 universities in the world for arts and humanities

Deciding where to study an arts or humanities degree is not easy, with hundreds of options all over the world.

About a quarter of the best arts and humanities schools are in the US, but a number of European countries are well represented in the ranking, too; the top 100 includes a significant number of British, German and Dutch institutions.

If you’re hoping to study for a humanities degree in Canada or Australia, these countries offer a choice of 26 universities each, and there are more than 40 institutions in the top 500 across Asia.

Times Higher Education subject tables are based on the same 13 performance indicators used in the overall World University Rankings 2022. However, the methodology is carefully recalibrated for each subject, with the weightings changed to suit the individual fields. The full methodology can be found here.

Arts and humanities degrees covered in the ranking include history, literature, philosophy, languages and architecture (scroll down for a full list of subjects and what you can do with them).

-The Faculty of Arts and Humanities at UCL offers students a wide variety of courses, in departments including English language and literature, philosophy, information studies, Greek and Latin, fine art, and Hebrew and Jewish studies.
-The faculty also has a strong research output including an innovative digital project around transcribing the work of Jeremy Bentham, whose ideas contributed to the founding of UCL, and an exploration into the histories of the Italian mafias.

Each year, the faculty hosts a Festival of Culture, a five-day event of talks, panels, live performances, walking tours, film screenings and exhibitions showcasing the research being undertaken at the university.

-As one of the world’s most prestigious institutions, the University of Oxford is respected across all disciplines.
-The humanities division includes the faculties of music, history, Classics, theology and religion, and English language and literature.

There are about 20,000 students at the university, more than a third of whom are international. Students belong to a college, where undergraduates take the majority of their classes with just a few of their peers and a college tutor.

In line with the British higher education system, students entering Oxford are admitted for a specific course (in contrast to US institutions, where students can take a variety of courses before declaring their major).

It is possible for undergraduates to study for joint degrees, such as philosophy, politics and economics (PPE) – a course particularly well known at Oxford – and combinations of arts and sciences.

Many writers, actors, composers and other prominent personalities in arts and culture dating back to the 14th century are Oxford graduates, including the novelists J. R. R. Tolkien and Graham Greene and the satirist Jonathan Swift.

-The University of Cambridge is regularly ranked as a top university across a wide range of subjects.
-As one of the oldest universities in the world, its colleges and traditions are famous in the UK and beyond.

The university is located about 100km north of London and attracts top scholars and distinguished visitors. More than 23,000 students are enrolled at the university across 31 colleges.

College life is central to the university experience. Undergraduates live in college for at least part of their time at university and are primarily taught by tutors in small groups.

Postgraduates, however, are more loosely affiliated with their college, although many participate in recreational and academic life.

The School of Arts and Humanities teaches a variety of subjects, from Asian and Middle Eastern studies to the history of art. Many research projects are collaborative and inform student learning at all levels.

Notable Cambridge alumni in the arts and humanities include the philosopher Bertrand Russell, the artist Quentin Blake and the dramatist Christopher Marlowe.

-Although well known as a leading university in science and technology teaching, the university also provides courses across the arts and humanities.
-These include anthropology, history, linguistics, literature, media arts and sciences, and music and theatre arts.

When the School of Architecture and Planning opened in 1868, it had the first department of architecture in the US; today, it is still known for commissioning progressive buildings on campus.

The MIT library system is divided into five libraries, three of which are dedicated to the arts and humanities – Hayden Library (humanities and sciences), Lewis Music Library, and Rotch Library (art, architecture and planning). There are many notable collections within these libraries, such as the Lewis’ resources on 20th- and 21st-century music, hip hop and electronic music.

MIT is affiliated with many thought leaders in the arts and humanities, including the linguist Noam Chomsky, who is Institute Professor and professor of linguistics (emeritus) at the university. The institution has produced six Pulitzer winners, and four current or former faculty are members of the American Academy of Arts and Letters.

-The School of Humanities and Sciences awards 63 per cent of all Stanford undergraduate degrees and almost 40 per cent of doctorates.
-Undergraduates are taught by faculty who are pioneers in their fields.

When the university was established, the Stanford family said that its aim was to educate “cultured and useful citizens”, and the university still counts its humanities courses as the “soul” of a Stanford education.

Recent achievements in the school include a complex study of race and ethnicity, an online course on classical music appreciation and an award-winning radio show hosted by Stanford philosophy professors.

Stanford is based next to Palo Alto, known as Silicon Valley because of its density of high-tech and start-up companies. The spirit of entrepreneurship in the area was encouraged by the university itself in the early 20th century, and many Stanford students and graduates are involved at the highest levels with the world’s most influential technology companies.

Many of the students live in campus residences, near the university’s faculty buildings, museums and recreation spaces.

Best universities for arts and humanities 2022

Related content
What is a liberal arts degree?
What is it like to study at a liberal arts college?
Why study a PhD in English literature?
Section
Best universities
Featured image
Image 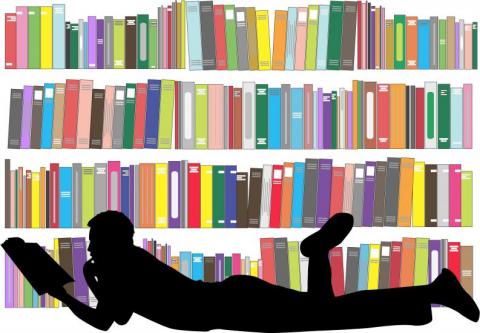