Rolling green hills and majestic natural beauty await those who come to New Zealand to study. The “home” of J. R. R. Tolkien’s Middle Earth has quickly established a unique reputation and allure for young people looking to experience a different lifestyle while studying for the future.

Academically, the country is improving, although it still lags somewhat in international rankings: this year’s Times Higher Education World University Rankings named the University of Auckland the country’s highest-rated institution, yet it is positioned in the 201-250 bracket, and others drop as far down as 600.

Australia reigns supreme in sheer numbers of international students, but New Zealand has continued to gain traction with a reputation for natural life, eco-friendly politics and an all-round organic way of living, a perfect combination to entice today’s youth.

Whenever you come to an unfamiliar country, you will encounter cultural differences and environmental changes that can throw you off balance. New Zealand is no different, but overall, Kiwis are friendly people – don’t be surprised if strangers speak to you like you’ve been friends for years. As an international student you may wish to live in forms with other foreign visitors.

One thing you should be aware of is that sunscreen will be needed during the spring months because New Zealand is close to the Antarctica ozone hole.

Health insurance will also be a necessity, both for peace of mind and to gain a student visa where you may be required to undergo a medical examination. New Zealand operates a publicly funded healthcare service, but most international students are not eligible to use this. Students from Australia and the UK are allowed access in emergencies thanks to a reciprocal agreement between New Zealand and the two countries. However, students from elsewhere will need to rely on their healthcare plan.

With its two universities, Auckland is home to the highest number of international students, hosting more than 10,000 students from a wide range of countries. There are few speciality universities: the Auckland University of Technology is the only designated university of technology, and Massey University is the sole provider of degrees in aviation, nanoscience and veterinary medicine.

Each institution and every course has its own entry requirements. International students in New Zealand are judged on their grades, with no numerical equivalents attached. Some universities such as Massey will require you, no matter the course, to have secured grades equal to the New Zealand NCEA Level 3 university entrance exam (in the UK this is equivalent to three As at A level and one C or above at GCSE level). When considering different courses, entry requirements, visas, financing options, living arrangements and everything else involved, it might be worth looking into an educational consultant with knowledge of the system to remove some of the stresses involved.

The course structure in New Zealand requires you to pick a degree in the subject of your choosing, but there is far more flexibility when it comes to what you actually study. When you select a subject, the course is split into your major and electives. A major is a specialist subject; it will form the area under which you graduate. Electives are optional subjects in other areas that you have an interest in. So you might, for example, choose to major in computer science but also decide to pursue an interest in theatre by taking elective modules in a performing arts degree. The points you earn from these will count towards your final computer science degree, but the system allows students the flexibility to create their own syllabus.

Speaking of points, each course contributes a certain number, usually 15 or 20. A standard bachelor’s degree requires 360 points, or 120 per academic year, in order to graduate. Students will learn through a mixture of lectures, seminars and fieldwork, as well as, perhaps, industry placements, lab work and independent study if/when required in certain subjects. All three (or four) years of study are taken into account for your final degree.

In New Zealand, a student visa allows you to work part-time up to 20 hours a week at a minimum wage of NZ$13 (£6.30) an hour. While student visas are granted on the condition that you can show that you have enough money to support yourself, living and tuition costs can quickly take their toll. For that reason, finding a side job will be worthwhile. There are some requirements – your course must last at least two years, and it must lead to a New Zealand qualification – but it is a fairly laid-back approach.

The cost of living will differ based on your location, but most universities have issued their own advice about ideal budgets. The more populated North Island is generally more expensive compared with the South Island and its large areas of natural land. All universities advise budgeting between NZ$15,000 to NZ$27,000, with the University of Otago suggesting the cheapest, at an average of NZ$16,000. In addition, as part of the process of securing a student visa, anyone studying in the country for more than a year will need to hold a minimum of NZ$15,000 plus return-travel arrangements (or an additional NZ$2,000 to cover this at a later date).

One thing that is likely to be necessary is your own vehicle. New Zealand’s major cities still have fairly small populations. While they are well equipped and generally easy to traverse using bikes and public transport, there is a huge amount of open land, making inter-city travel expensive. You might think that owning a car will add considerably to your expenses, but if you buy a cheap used car and sell it when you leave you can avoid high rental charges (also, unlike many countries, car insurance isn’t legally required, although third-party insurance is recommended).

Despite being geographically isolated, some 900 miles (1,450km) away from its closest neighbour, Australia, New Zealand is a modern country with a high standard of living. The country has three official languages. English is the most common – 96 per cent of the population use it as their main language – but the indigenous te reo Māori is used by 3.7 per cent (some 150,000 speakers), according to the 2013 census. New Zealand Sign Language is also recognised as an official language, with more than 20,000 (0.5 per cent) users.

Life as a student in any foreign country can be exciting, as you explore new surroundings and historical cultures while furthering your career aspirations. It’s important to take the time to enjoy it while you’re living it; New Zealand offers plenty in this regard and is perfect for those who enjoy a detox through nature without having to miss out on a big-city feel. 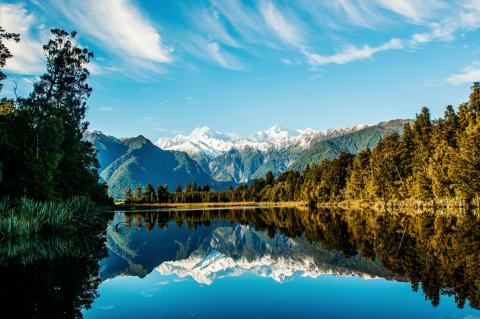